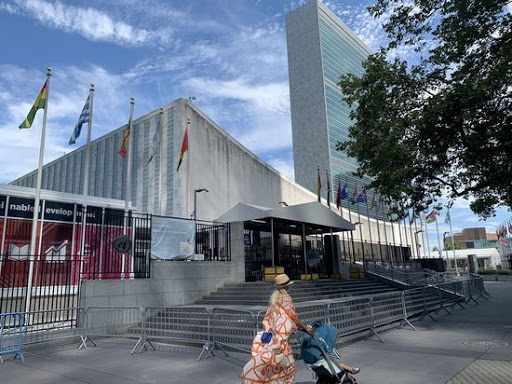 World leaders will not be coming to New York for their annual gathering in September for the first time in the 75-year history of the United Nations because of the coronavirus pandemic, a UN spokesperson confirmed on Thursday.

The new virtual format is largely due to the ongoing COVID-19 pandemic with many countries continuing to grapple with the health, social and economic fallout from the crisis.

While the number of new cases of COVID-19 in New York has dramatically fallen, since the city was the global epicenter of the pandemic in April, the United States as a whole has 4 million reported cases, higher than any other country.

Abaza said that each member state, observer state, and the European Union, was invited to submit a pre-recorded video, delivered by its designated high-level official, which will be played in the General Assembly Hall.

The hall will not be empty, Abaza explained, and the videos will be introduced by a representative of each state, who will be physically present.

The same procedure will apply for a series of special high-level sessions scheduled to take place, including a commemoration of the landmark 75th anniversary of the United Nations; a summit on biodiversity; and a meeting to commemorate, and promote, the International Day for the Total Elimination of Nuclear Weapons.

Abaza told correspondents that more details regarding the organization of this year's events, including logistics, will be released "in due course."

Some side events, such as New York Climate Week, are unlikely to welcome attendees to New York venues this year, following Muhammad-Bande's suggestion that they should be moved online.

The decision to introduce pre-recorded videos to the High-Level General Debate, which takes place at the beginning of the 75th session of the General Assembly, was made by the UN body on Wednesday, using the novel "silence procedure" method.

Under this method, draft resolutions are circulated by the president of the General Assembly, which gives member states a deadline of at least 72 hours, to raise objections. If there are no objections, the president circulates a letter, confirming that the resolution has been adopted.

In a letter to members, the president of the General Assembly said that "to limit the footprint and the number of people into the UN building, physical access and presence will be limited to one or, if the situation allows, two delegates" per member.

Countries will also be "encouraged to move all side events to virtual platforms to limit the footprint and number of people in the UN building," according to the president.