United Nations Secretary-General Antonio Guterres has called on the world to work together to "suppress the global terrorist threat in Afghanistan" after the Taliban took control of the war-torn country. 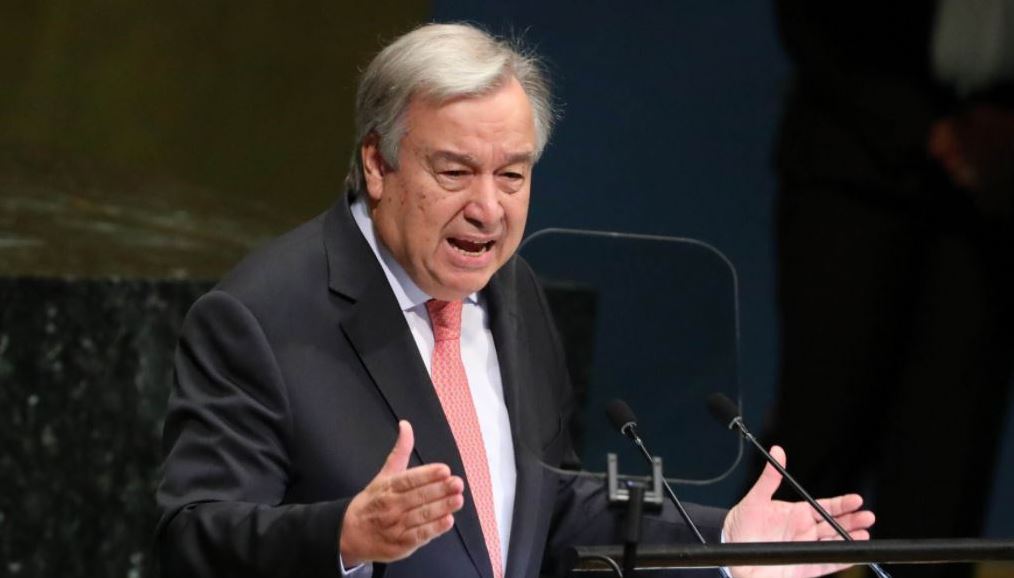 "The international community must unite to make sure that Afghanistan is never again used as a platform or safe haven for terrorist organizations," Guterres told an emergency UN Security Council meeting on Afghanistan.

The meeting was hastily convened at the UN's headquarters in New York after Taliban militants entered the capital Kabul on Sunday, leading Afghan president Ashraf Ghani to flee abroad.

"I appeal to the Security Council and the international community as a whole to stand together, to work together and act together," Guterres added.

He urged nations to "use all tools at its disposal to suppress the global terrorist threat in Afghanistan and to guarantee that basic human rights will be respected."

"The following days will be pivotal," he said. "The world is watching. We cannot and must not abandon the people of Afghanistan."

The secretary-general urged the international community to "speak with one voice to uphold human rights in Afghanistan."

He said it was "essential that the hard-won rights of Afghan women and girls are protected."

Guterres also called upon the Taliban "to respect and protect international humanitarian law and the rights and freedoms of all persons."