PARIS, Feb. 15 (Xinhua) -- French President Emmanuel Macron on Sunday said that Chinese and Russian vaccines are necessary for the world to win the "war" against COVID-19. 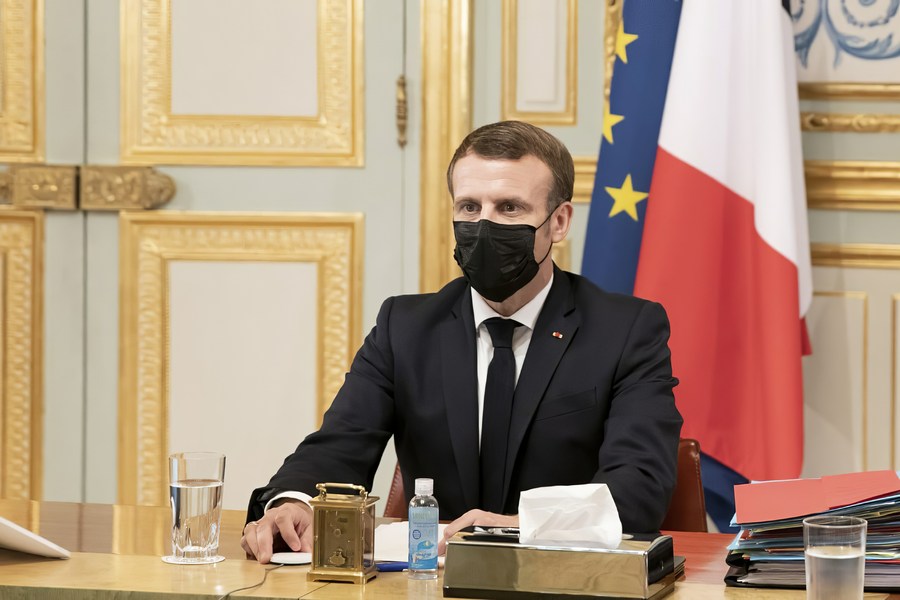 "We should work with the Chinese and Russians so that the vaccines developed by their scientists be integrated in this great multilateral effort -- immediately when they start the necessary certifications by the WHO (World Health Organisation)," he said in an interview with French weekly Le Journal du Dimanche.

"We are now engaged in a fight against variants, which is a real race against time," Macron said, urging "rapid, effective and united" global efforts in the fight against the pandemic.

The French president also called for international efforts to ensure equal access to vaccines against COVID-19, especially in Africa.

"African countries rightly challenge us on their access to vaccines," he said, noting that without further efforts to achieve that goal, "we will be at risk of not only health but also ethics."

Earlier this month, Macron expressed openness of his country to any vaccines approved by the European Medicines Agency, which has so far only given green light to vaccines of Pfizer/BioNTech, Moderna and AstraZeneca.

The shortage of approved vaccines in Europe has been drawing increasing public criticism and prompted demands for alternative solutions.