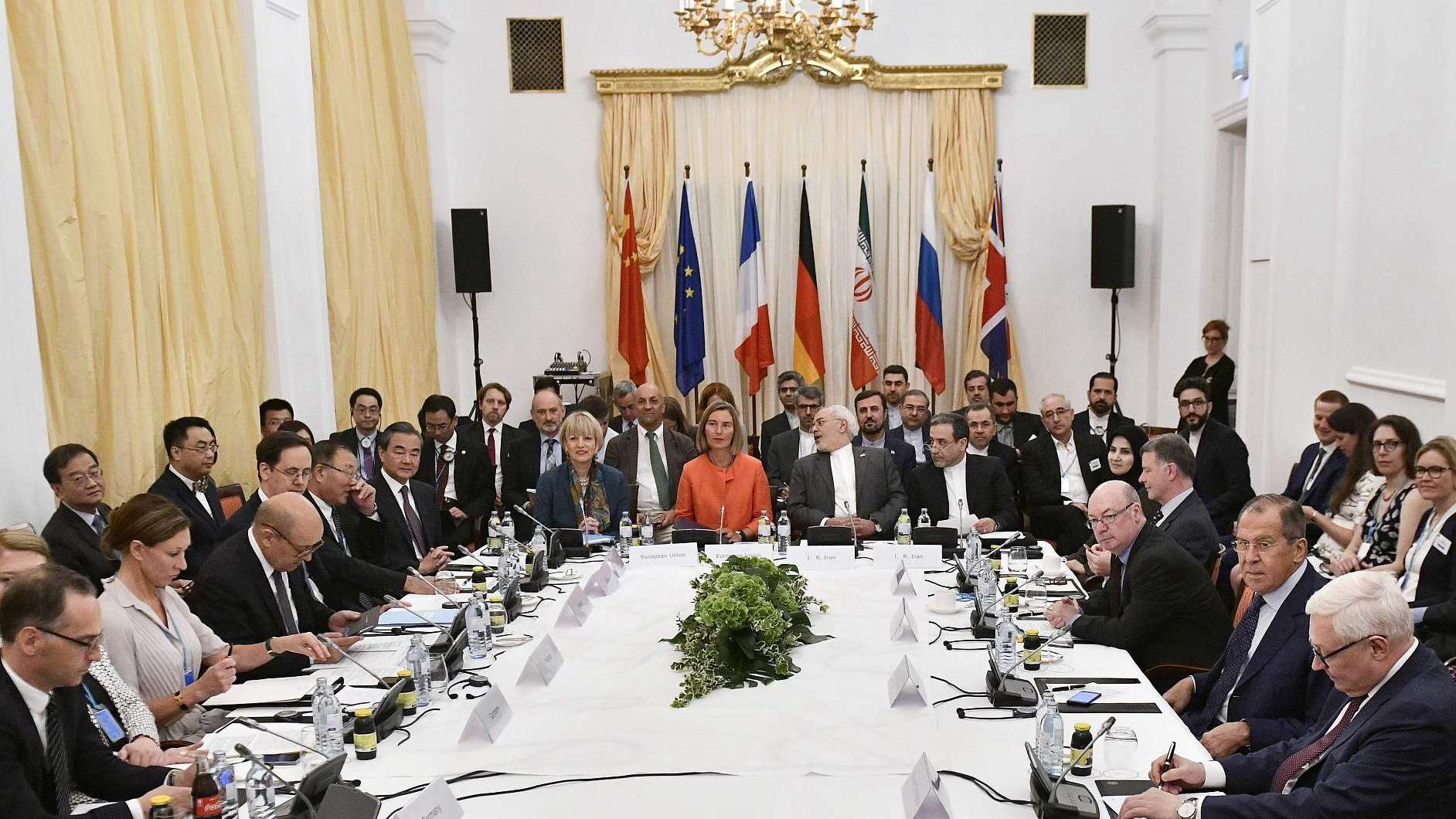 Top diplomats from Iran and five world powers met in Vienna on Friday for talks aimed at trying to save the Iran nuclear deal following the United States’ withdrawal in May.

Ahead of the meeting, Tehran warned that it could also back out of the deal if it is not fully compensated for the reimposition of US sanctions.

As diplomats moved swiftly between rooms for private talks, before convening as a group, the media waited. For journalists covering diplomatic talks there is a lot of waiting.

Negotiations are held behind closed doors and the media are given only few opportunities to get a peek inside. At the start of each meeting, journalists and cameramen are allowed into the room for only a minute or two. It’s a chance to film a few precious shots for our reports, and to observe body language and analyze handshakes.

Both Russia and China have made it clear that they are interested in upholding the Iran deal.

Ahead of the talks, Chinese Foreign Minister Wang Yi said preserving the deal is critical and that the treaty states would send a "united, determined and strong signal" that they remain committed to upholding the accord.

European counties are also keen to salvage the deal but, as Friday’s talks got underway, diplomats were already warning that they had limited scope for meeting Iran’s demands.

Ahead of the talks, French Foreign Minister Jean Yves Le Drian told a French radio station that it would be hard to put together a sanction proof economy package before the revived US sanctions kick off next month, and warned that Iran should stop with its threats so a solution can be found.

As the talks concluded, EU foreign policy chief Federica Mogherini read a statement reaffirming the remaining parties’ commitment to uphold the 2015 nuclear deal and promising further talks. But there was no mention of a strategy for how they plan to keep the deal alive.

So when the ministers and their aides left and the media packed up their tripods and cameras and went off to file their reports, the future of the Iran nuclear deal looked no more certain that it had at the start of the day.