World’s most advanced pressurized water reactor connected to the grid 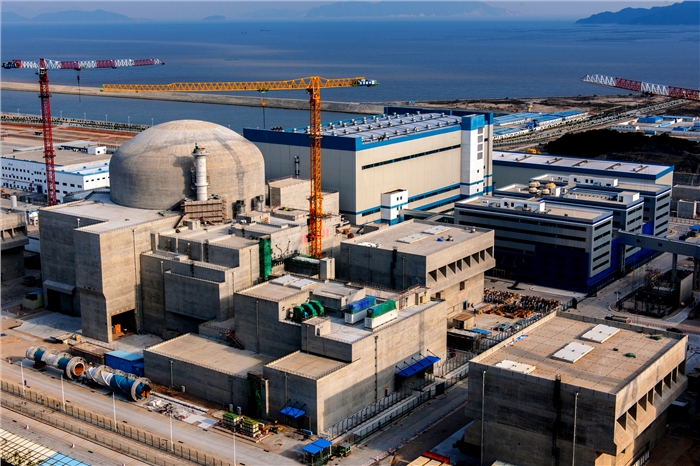 Paris (People’s Daily) - The 3rd generation Taishan 1 pressurized water reactor located became the first in the world to be successfully connected to the grid.

Taishan is the largest joint energy project of China and France. It is operated by TNPJVC, a joint venture of CGN, EDF and the provincial Chinese electricity company Yuedian.

Construction on Taishan 1 began in 2009, and that of Taishan 2 in 2010. The two units were the third and fourth European pressurized reactors (EPR) being built worldwide.

Following preparatory work and testing, China’s Ministry of Ecology and Environment granted Taishan 1 permission to load the reactor with fuel. Fueling operations began on the same day. The first chain reaction in no. 1 took place on June 6, and on June 29, the main generator and grid connection tests were successfully completed.

Following the unit’s first connection to the grid, the reactor will undergo a period of gradual power-up tests. Once the reactor passes all tests, it will then be tested in steady-state conditions at full power. Since the start of construction, the Taishan project has aligned itself with the highest safety and quality standards, which have been monitored throughout.

A number of factors contributed to Taishan 1 being the world’s first EPR to go on line: it has benefited from a longstanding strategic partnership between EDF and CGN, from both partners’ experience in the construction and operation of nuclear power plants, and from the support of leading players in both countries’ nuclear sectors.

The EPR design adopted by the Taishan nuclear power plant features third-generation nuclear technology, jointly developed by EDF and Framatome. This technology incorporates operating experience and technological improvements spanning the past 40 years of pressurized water reactor operations around the world.

As the world’s leading EPR project, Taishan epitomizes the strength of the nuclear partnership between France and China, and provides similar reactors around the world with valuable experience in project management and technological expertise.