NICOSIA, Aug. 31 (Xinhua) -- Ray Woolley, the world's oldest scuba diver, broke his own world record at 96, by diving on Saturday to the Zenobia shipwreck off the Larnaca coast, one of the world's best known diving spots, the organizers of the event said. 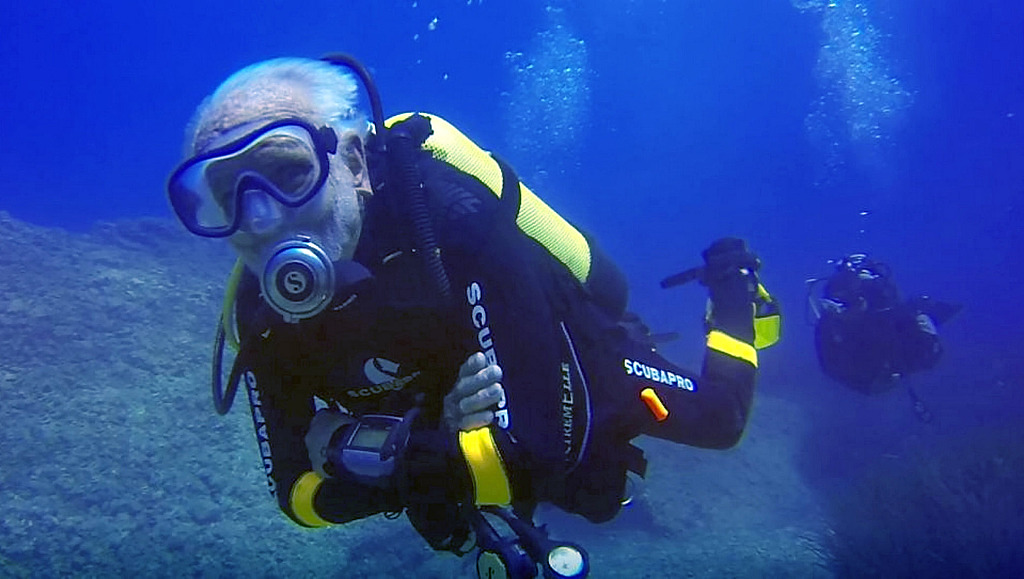 The organizers of the diving event said he stayed at a depth of 42.5 meters for 48 minutes, breaking once again his own Guinness world record set a year ago as the oldest scuba diver, after diving to the Zenobia and staying for 44 minutes at a depth of 40.6 meters.

He was accompanied in his dive by about 60 fans from several local and international diving schools.

Wooley stars in an award-winning documentary called "Life begins at 90", describing his life and his love of diving.

He recounts how he stayed in Cyprus after being sent for military duty on the eastern Mediterranean island and how he managed to practice his hobby even after turning 90.

Zenobia, a ro-ro ship laden with cargo, sank on her maiden voyage on June, 1980, during an eventful journey. The ship developed problems after sailing from Larnaca port, returned to port and then sailed again, only to capsize a few kilometers off the coast.