Earth's wealthiest man Jeff Bezos spent a few minutes outside the planet's atmosphere Tuesday on Blue Origin's first crewed space mission -- a breakthrough moment for the space tourism sector that after years of delays is now poised for liftoff. 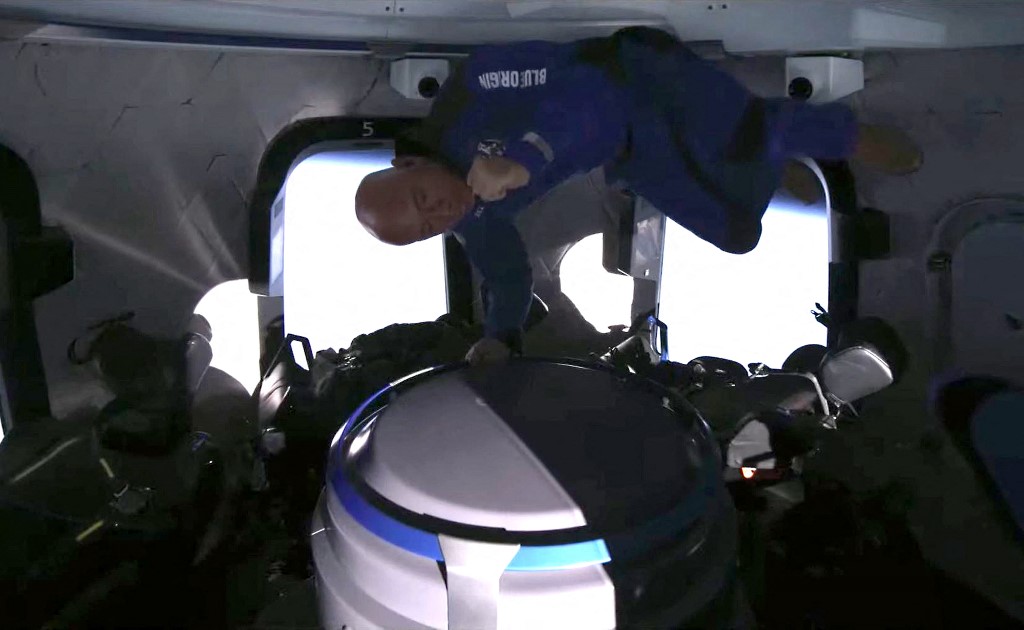 The flawless 10-minute hop from a west Texas base to beyond the Karman line -- the internationally recognized boundary marking the start of space -- and back again to the surface for a gentle desert landing minted four new astronauts, including the oldest and youngest ever.

Bezos said afterwards that like those who had gone before him, he was "amazed and awestruck by the Earth and its beauty, but also its fragility."

"It's one thing to recognize that intellectually -- it's another thing to actually see with your own eyes," he added.

Virgin Galactic founder Richard Branson crossed the final frontier on July 11, narrowly beating the Amazon magnate in their space battle of the billionaires.

Blue Origin's sights, however, are set higher: both in the altitude to which its reusable New Shepard craft ascends compared to Virgin's spaceplane, and in its longer-term ambitions.

Bezos, 57, founded Blue Origin in 2000 with the goal of one day building floating space colonies with artificial gravity where millions of people will work and live.

The New Shepard suborbital rocket -- named after Alan Shepard, the first American in space -- had flown 15 uncrewed flights to put it through its paces and test safety mechanisms before Tuesday's mission.

Today, the company is developing a heavy-lift orbital rocket called New Glenn -- named for John Glenn, the first American to orbit the Earth -- and also a Moon lander it is hoping to contract to the US space agency NASA.