European shares traded lower and U.S. futures weakened Thursday after a day of gains on most Asian markets. 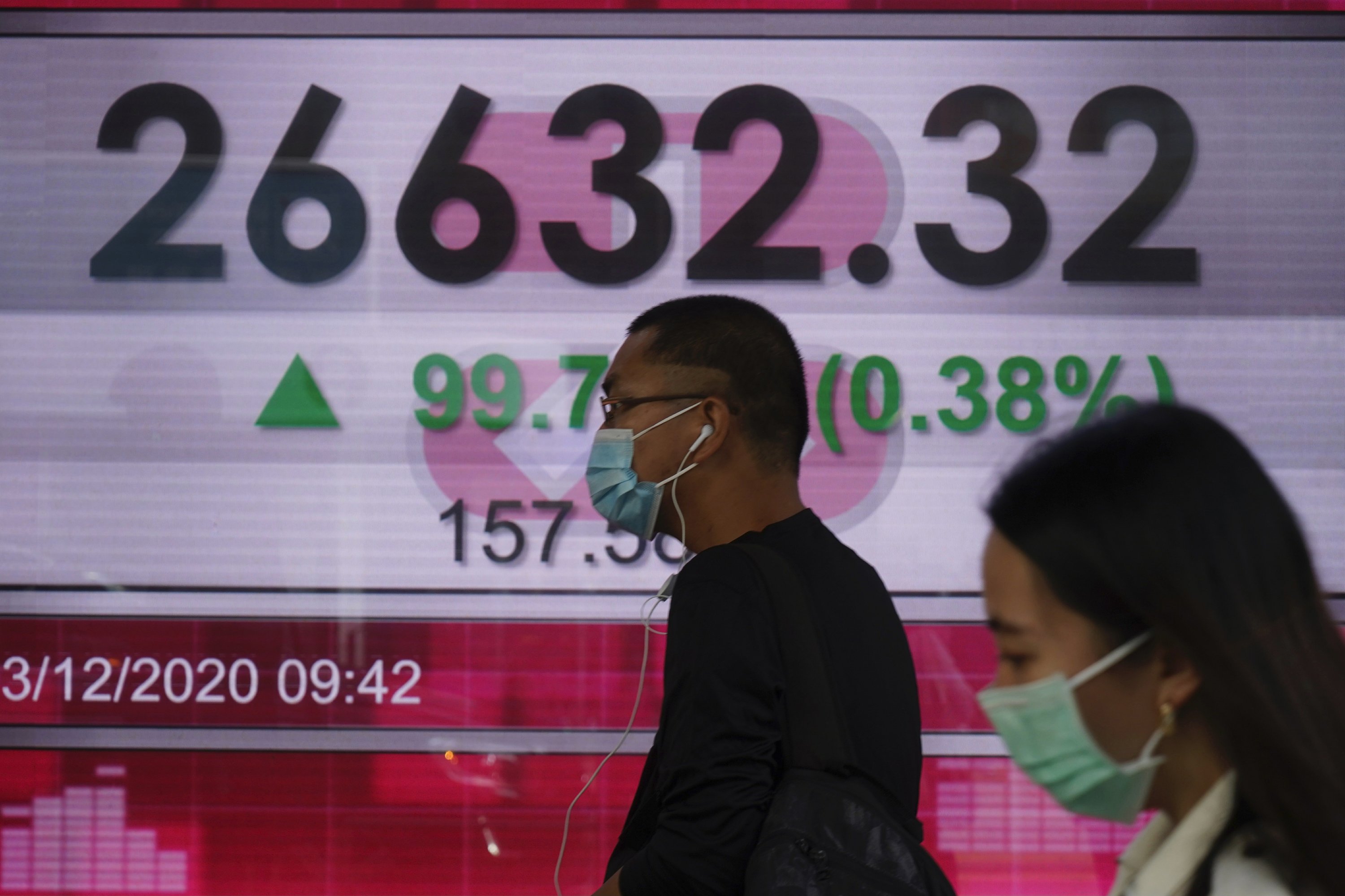 Progress toward rolling out coronavirus vaccines and talk of reaching a compromise on new help for the U.S. economy have been spurring advances on world markets.

As countries prepare to begin vaccinating health care workers and others at high risk against the coronavirus, hopes are rising that the pandemic will be brought under control, allowing economies to recover.

The rollout of a vaccine in the U.S. could begin this month, if regulators give their approval. Drugmakers Pfizer and BioNTech said they won permission for emergency use of their COVID-19 vaccine in Britain, which will be one of the first countries to begin vaccinating its population against the virus.

The vaccine is the world’s first coronavirus shot that’s backed by rigorous science and is viewed as a major step toward eventually ending the pandemic.

“The vaccine has been the big prize for risk markets," Stephen Innes of Axi said in a commentary. Vaccinations will reduce virus counts, resulting in a “collective demand lift for the world economy, and global geopolitical risk has also diminished after the U.S. presidential election. A much clearer view across the valley to economic recovery should mean more upside," he said.

In the U.S. the focus will turn to jobs survey from the Labor Department due out Friday. Economists are forecasting that will show employers added about 441,000 jobs in November, down from a gain of 638,000 in October.

Traders are hoping Democrats and Republicans may reach a deal on some amount of economic stimulus for the economy before 2021, though they remain divided on the details and the cost.

In energy markets, investors were monitoring talks among OPEC countries on production levels that have hit a snag. The talks are due to include Russia in Thursday.

U.S. benchmark crude oil was down 29 cents to $44.99 per barrel in electronic trading on the New York Mercantile Exchange. Brent crude, the international standard, fell 28 cents to $47.97 per barrel.