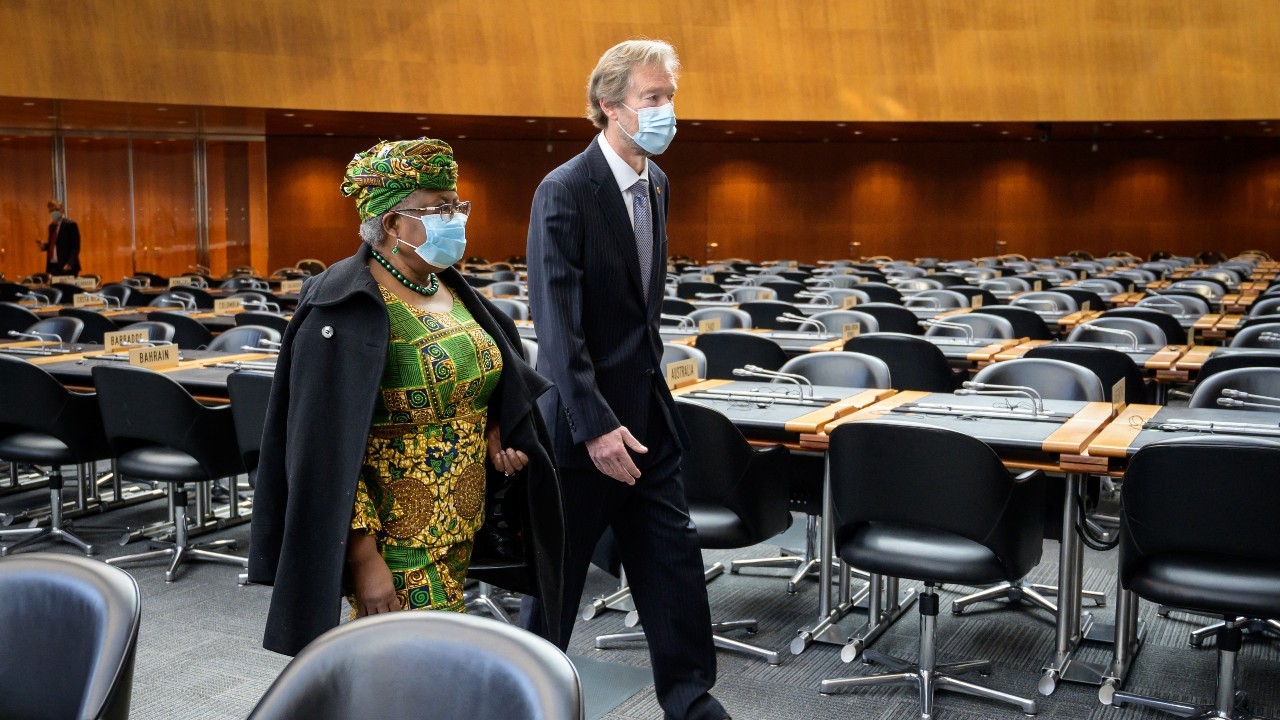 At the World Trade Organization HQ in Geneva, Switzerland, head Ngozi Okonjo-Iweala, left, and chair of the WTO General Council Ambassador David Walker walk through the empty assembly room for a virtual session of the general council. (Photo: AFP)

Supporters of the World Trade Organization (WTO) are optimistic the appointment of Ngozi Okonjo-Iweala is the moment its fortunes might change for the better.

Having made her name in previous roles as Nigeria's finance minister and the World Bank's second-in-command, Okonjo-Iweala brings with her a reputation for honest hard work and getting things done where others might not.

With 650 staffers and a $220m budget, the 164-member WTO has a lot on its plate at the moment, given recent political turbulence – not least the efforts by former U.S. President Donald Trump to prevent the appointment of the first African and first woman for the top job.

In Okonjo-Iweala's in-tray are longstanding concerns over international fishing subsidies, the appointment of a WTO appeal panel, the massive e-commerce economy, the trade barriers preventing equitable distribution of medical supplies to the developing world and the role of women in the world economy.

Outside the first session of the new leadership at the WTO headquarters in Switzerland, the leadership engaged with a protest against subsidized overfishing.

Okonjo-Iweala has a reputation as a fighter and as someone who is happy to take on stiff resistance if she thinks it necessary. The WTO has been perceived as drifting somewhat since the premature resignation of its previous director-general, the Brazilian diplomat Roberto Azevedo.

The new administration in Washington under U.S. President Joe Biden has supported her appointment and is already being seen as favoring multilateral approaches to the world's problems, in contrast to Trump's ethos. However, Biden may find resistance from congressional representatives who have started to take a harder line when it comes to trade between China and the U.S..

This first two-day meeting of the WTO leadership under Okonjo-Iweala may have started on a positive note, but as director-general she has few significant executive powers and will need to rely more on her personality than any legislative strength to bring about any changes.

It's likely that alongside the longstanding issue of international fishing rights, the director-general will be keen to tackle what she has called "vaccine nationalism" and the dangers of weaker economies getting left behind while the world battles the coronavirus pandemic.