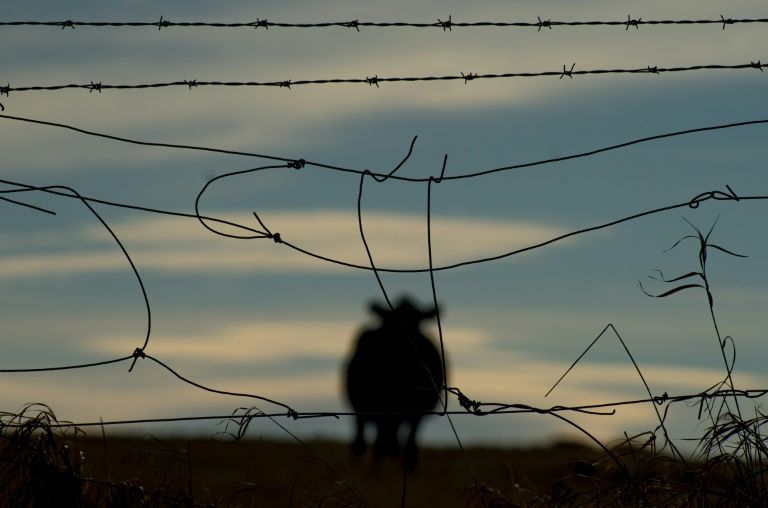 More than 50 cows, sheep and horses have died in France's most serious outbreak of anthrax in two decades, according to officials who have warned of a vaccine shortage.

Authorities in the mountainous Hautes-Alpes region of southeastern France said the infection, which can spread to humans and is deadly in its rarest forms, had spread to 28 farms since June.

Anthrax is transmitted by spores that can stay inactive in the ground for decades, including in the bodies of dead animals.

French vets have been battling to contain the outbreak because the Spanish laboratory which produces the vaccines has been closed throughout August for the summer vacation.

"The state is in talks with its European partners to discuss the availability and purchase of vaccines" which other countries may have stockpiled, said senior regional official Agnes Chavanon Sunday.

Cases of anthrax being passed on to humans are "extremely rare", said Christine Ortmans, a doctor with regional health agency ARS.

No one has been reported ill during the current outbreak, she stressed.

Cutaneous anthrax -- which appears on the skin and is by far the most common form of the infection -- is rarely deadly when treated with antibiotics.

But the bacteria which causes it, bacillus anthracis, produces a powerful toxin and has been used as a biological weapon.

Most notoriously a series of attacks using anthrax, delivered through the mail, terrorised the United States in 2001 a week after the carnage of September 11.

A bioweapons expert killed himself after being charged over the attacks, in which five people were killed and 17 others made ill.

Senior Hautes-Alpes official Serge Cavalli said animals were being vaccinated at affected farms in the region.

Those hit have been banned from production for at least 21 days while the farms are disinfected and to provide time for the vaccinated animals to become immune.

Any milk on site is pasteurised and then destroyed.

The last serious French outbreak was in 2008 when anthrax spread to 23 farms, most of them in the eastern Doubs area.

The first case in the current outbreak was detected in the village of Montgardin on June 28, killing six cows, and has since spread to 12 others.

Cows struck by anthrax swell in the abdomen and bleed from their orifices, and often die in less than 24 hours.

The disease is fairly rare, although more than 100 cases have been registered at French farms since 1999 -- often during hot summers after periods of heavy rain.

The ARS said 103 people in the Hautes-Alpes region had been flagged as having potentially come into contact with infected animals, most of them farmers, vets or slaughterhouse workers.

Half have been given preventative antibiotics, according to officials.