Officials in Chile say the capital city and its outskirts are suffering from the worst drought in many years. 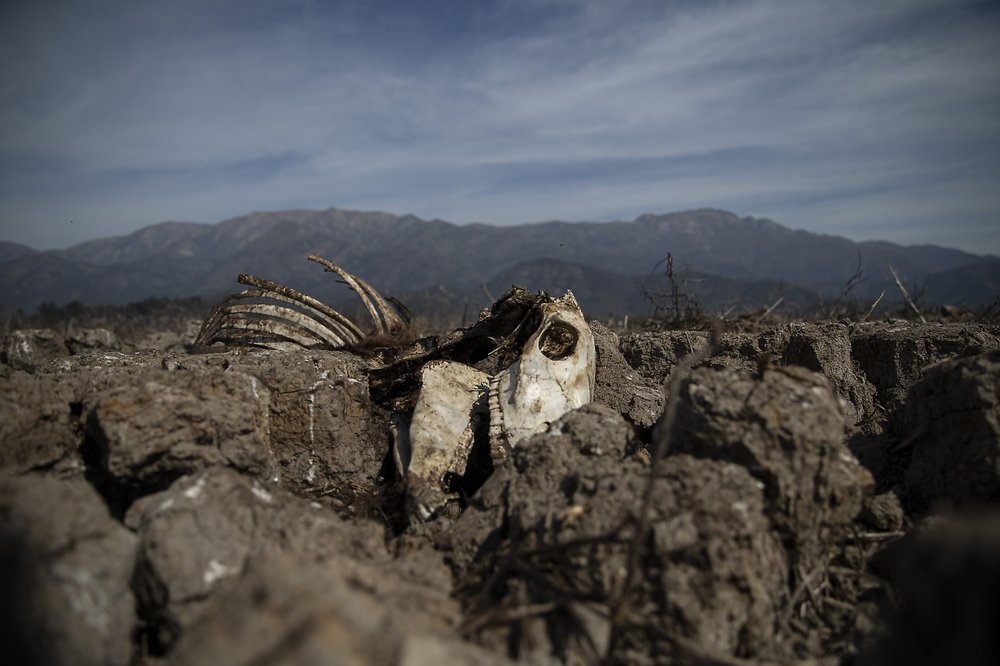 The carcass of a cow lies partially embedded in the drying lake bed of the Aculeo Lagoon, in Paine, Chile, Friday, Aug. 23, 2019. (Photo: AP)

The government has declared an agricultural emergency in many areas to try to fast-track a series of relief measures for farmers, including provision of drinking water and medicine for animals.

Santiago Metropolitan region, Coquimbo, Valparaiso and O'Higgins are among the worst-hit areas.

Agriculture Minister Antonio Walker said this week that 2019 is one of the driest years Chile has faced in six decades.

Officials are increasingly concerned by the effects of climate change after a long-drought. The world's leading copper-producing country uses large quantities of water for the industry, which is the backbone of the economy.

Chile will host a global conference on climate change in December.