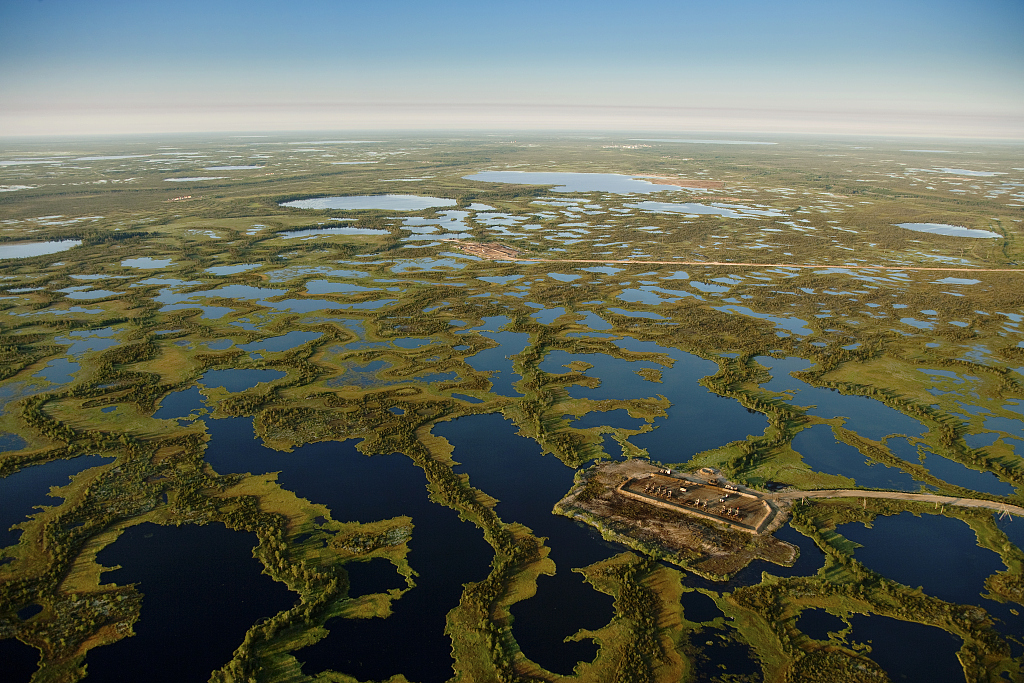 An unprecedented fuel spill that has polluted huge stretches of Arctic rivers was caused by melting permafrost, Russian officials said on June 5, ordering a review of infrastructure in vulnerable zones.

The spill – which has colored remote tundra waterways with bright red patches visible from space – has highlighted the danger of climate change for Russia as areas locked by permafrost for centuries thaw amid warmer temperatures.

Permafrost is thawing, why does it matter?

News of the cause of the accident came amid a huge cleanup effort outside the Arctic city of Norilsk which President Vladimir Putin said should be bankrolled by metals giant Norilsk Nickel.

A national-level state of emergency was announced after 21,000 tons of diesel fuel spilled from a reservoir, owned by Norilsk Nickel through a subsidiary, that collapsed a week ago.

Three criminal probes have been launched, and Russia's prosecutor general's office said in a statement that preliminary findings indicate sagging ground as the reason for the disaster. "To prevent a similar situation on especially hazardous structures on territories prone to the melting of permafrost," the prosecutor general has "ordered a comprehensive review of such objects," it said.

Norilsk, one of the country's biggest industrial centers, lies above the Arctic circle and Norilsk Nickel had already said it suspects permafrost thawing.

Other factors may be at play too: the country's technical safety watchdog said that since 2016, it has been unable to check the condition of the 35-year-old reservoir, because the company said it was under repairs.

The metals giant tried to contain the damage on its own for two days before specialists were called in from companies and agencies across Russia and managed to stop the spill from spreading further.

Speaking with officials at the site by video call, Putin told Norilsk Nickel chief Vladimir Potanin he expected the company to pay for a comprehensive cleanup. "It's necessary to carry out all the compensatory measures to restore biodiversity and the environment," he said.

Potanin estimated that the operations would cost about 10 billion rubles (146 million U.S. dollars), on top of any fines.

A vast Arctic state, Russia is warming 2.5 times faster than the world average.

Sixty-five percent of the country is covered by permafrost and the environment ministry warned in 2018 that the melt threatens pipes and structures, as well as buried toxic waste, which can seep into waterways.

Environmentalists said the spill was the worst such accident ever in the Arctic region and the second worst in modern Russian history.

The Ambarnaya River, which is affected by the spill, feeds into Lake Pyasino, a major body of water and the source of the Pyasina River that is vitally important to the entire Taimyr peninsula.

Satellite images released by the European Space Agency and Russia's Roscosmos show a large spot of reddish fuel had traveled over 20 kilometers toward the lake from the spill site.

Russia's fisheries agency and some environmentalists have said that the floating barriers erected on the river by responders are unable to stop the majority of the pollution, which can quickly dissolve or sink.

The area has been pummeled by decades of pollution from metals production and other industrial activity in Norilsk, Russia's most polluted city.

He added that despite damage to permafrost, the disaster could have been avoided if the company followed the rules, such as erecting a barrier around its fuel reservoir to contain spillage.