A would-be hijacker shot and killed by Bangladeshi commandos was carrying a fake gun and told negotiators he wanted to commandeer a Dubai-bound flight because he had troubles with his wife, officials said Monday. 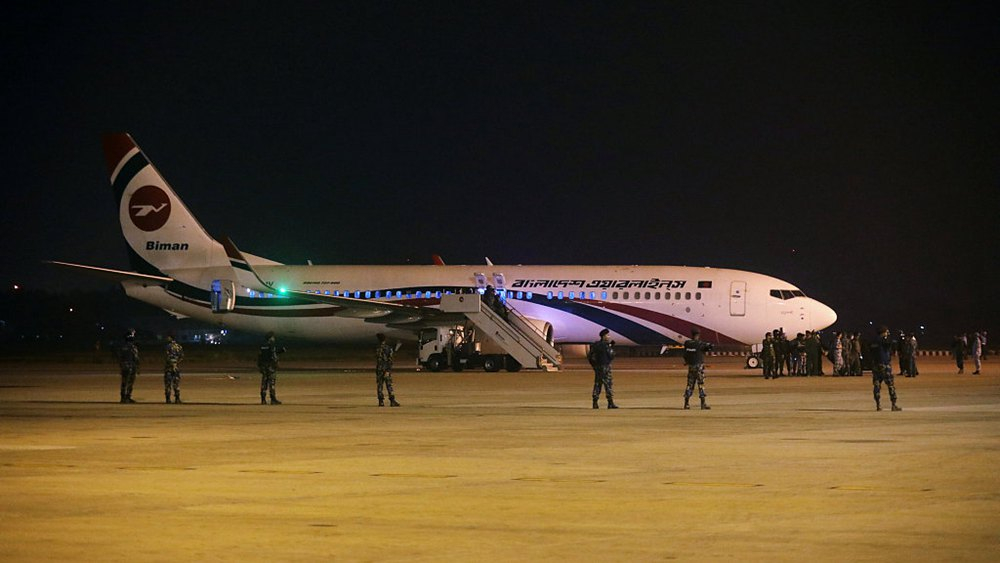 Security personnel stand guard outside the aircraft of Biman Bangladesh Airlines that officials said was the subject of a hijack attempt at the Shah Amanat International Airport in Chittagong, Bangladesh, February 24, 2019. (File photo: VCG)

The 25-year-old was shot and later died of his wounds after taking a crew member hostage on the Biman Airlines jet, forcing it to make an emergency landing at Chittagong airport late Sunday.

Some 134 passengers and 14 crew members were released unharmed after an operation that lasted barely 10 minutes.

"The reason he gave for the hijack was that he had troubles with his wife and he wanted to talk to the prime minister, Sheikh Hasina," Sarwar said.

Flight BG 147 was going from Dhaka to Dubai via Chittagong when the hijacking started. The man, named only as Mahadi, reportedly wielded a gun in the cabin and tried to storm the cockpit, forcing an emergency landing.

One passenger told reporters he may have fired the weapon twice, but civil aviation authority chairman Air Vice Marshall Nayeem Hasan said the gun he was carrying was not real. "According to those who have seen it, it appears that the gun was fake," Hasan said.

Amid multiple investigations, authorities are focusing on how he managed to smuggle even a fake gun past security at Dhaka's Hazrat Shahjalal International Airport.

"An inquiry is underway," the civil aviation chief said. "It is virtually impossible to breach this security as the system is designed by the International Civil Aviation Organization," he added.

Hasan said Bangladesh security was in line with global standards and the country's airports were regularly checked by top international firms.