The abstract figures of naked women gyrating to the rhythms of a five-piece band had shocked many people almost 60 years ago as they eyed the artwork for the first time on the walls of a popular restaurant-nightclub in Cyprus. 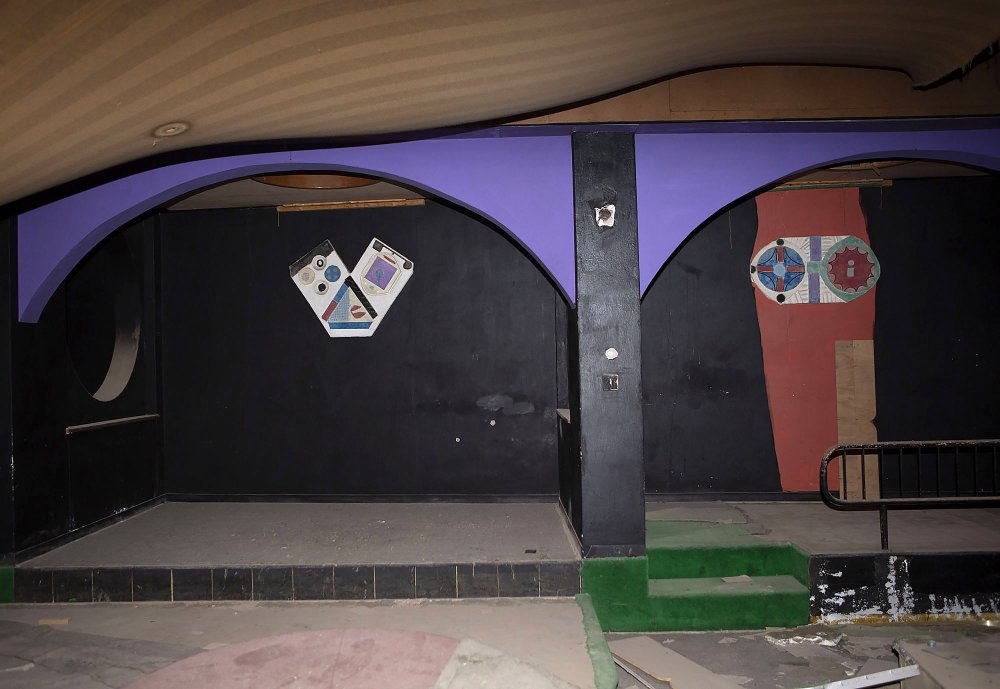 In this Tuesday Oct. 20, 2020 shows a priceless and very rare concrete relief by Cyprus' most avant-garde artist of the 1960s, Christoforos Savva, appears on the wall of the defunct Perroquet nightclub in the abandoned ghost-town of Varosha in the breakaway, Turkish Cypriot north of ethnically divided Cyprus. (Photo: AP)

The valuable and very rare concrete relief by Christoforos Savva, Cyprus’ most avant-garde artist of the 1960s, had lain hidden for decades in the underground recesses of the Perroquet nightclub in abandoned Varosha — an inaccessible ghost town that had been under Turkish military control since a 1974 war ethnically cleaved the island nation.

But with Varosha’s controversial partial opening last November, the artwork has again come to light following a report by local newspaper Politis. Now, the man who says he commissioned the art from Savva is asking authorities for help to have it removed and transported to the country’s national gallery for all to see.

Former Perroquet owner Avgerinos Nikitas, 93, a Greek Cypriot, has appealed to a committee composed of both Greek and Turkish Cypriots that’s tasked with protecting Cyprus’ cultural treasures on both sides of the divide to help remove the 13 sections.

“In return, I pledge to cede these pieces to the National Collection as a small contribution to Christoforos Savva’s huge body of work,” Nikitas said in a letter obtained by The Associated Press, addressed to the committee as well as Cyprus’ education ministry.

But the whole venture could be derailed as the Greek Cypriot family that owns the Esperia Tower hotel that hosted the Perroquet club insist that the artwork legally belongs to them. They say they won’t allow their “private property” to be removed and transferred and are warning of legal action.

Speaking on behalf of his family, Panayiotis Constantinou told the AP that their lawyer has advised them that the hotel, the club and everything inside it belongs to the family, regardless of the Savva artwork’s cultural value.

“We respect and value culture, but this is private property about which we haven’t been asked anything about removing it, and on top of that, someone else lays claim to it,” Constantinou said.

Art historians credit Savva as one of the most influential artists of the time who brought the country’s inward-looking, traditionalist art world into modernity in the years immediately after Cyprus gained independence from British colonial rule in 1960.

A painter and sculptor, Savva shifted away from the established, representational art styles by encompassing influences like cubism, which he picked up during his stays in London and Paris through the 1950s, into his voluminous artwork. He died in 1968.

“Savva was an innovator who always sought to break new ground and challenge the conservative times in which he lived,” said Andre Zivanari, director of the Point Center for Contemporary Art.

Savva’s work reflected the joie de vivre of Varosha, which at the time was Cyprus’ most progressive, popular tourist resort — a favorite with visitors from Europe and beyond, said Yiannis Toumazis, an art history professor and a Greek Cypriot member of the committee on culture.

That all changed in the summer of 1974 when Turkey invaded following a coup by supporters of union with Greece. Turkish armed forces took over an empty Varosha and kept it virtually sealed off until last November, when breakaway Turkish Cypriot authorities re-opened a stretch of beach to the public.

The move caused much consternation among the suburb’s Greek Cypriot residents and protests from the island’s internationally recognized government amid concerns that the Turkish Cypriot north’s hard-line leadership aimed to place the entire area under its control.

Cyprus’ former first lady and cultural committee co-chair Androulla Vassiliou told the AP that the body would look at bringing the reliefs to the island’s southern part, once new Turkish Cypriot members are appointed.

The previous Turkish Cypriot committee members collectively resigned last December for what they said was a divergence of views with the new Turkish Cypriot leadership over its aim to steer talks to resolve Cyprus’ division away from a federation-based arrangement.

The reclamation of artwork that disappeared amid the confusion of war isn’t without precedent. Last February, the culture committee successfully engineered the return of 219 paintings — including some of the most significant works produced by Greek Cypriot artists — that were thought lost or stolen in the north.

In return, Turkish Cypriots received rare archival footage from state broadcaster CyBC of Turkish Cypriot cultural and sporting events dating from 1955 to the early 1960s. The swap was hailed as a tangible way of bolstering trust among Greek and Turkish Cypriots.

Toumazis said the return of Savva’s reliefs would be another trust-boosting milestone, but better still would be if people could return to their properties in Varosha.

“It would be nice if people themselves returned to what they owned, rather than having any artwork being transferred to them,” he said.