The COVID-19 pandemic had lasted long enough for author Jodi Picoult to try something that seemed unthinkable for novelists in its early stages－turn it into fiction. 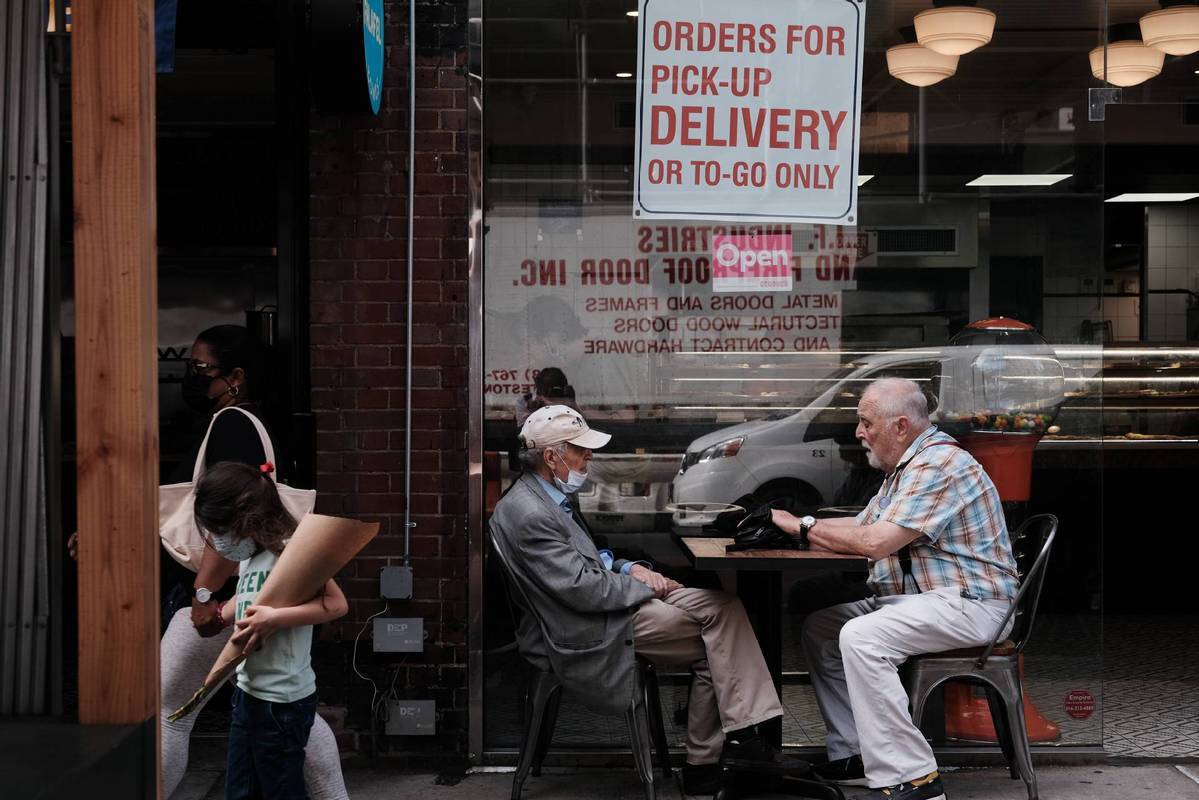 People eat outside along a street in Manhattan on Aug 19, 2021 in New York City. (Photo: Agencies)

"At the beginning of the pandemic, I couldn't even read, much less write. I didn't have the focus," said Picoult, who began the novel Wish You Were Here last November. The fall release is set in New York and the Galapagos during the first two months of the pandemic－between March and May last year.

"I couldn't find myself in my own life; writing the book was therapeutic," she added. "I finished a draft in February, very quickly. And the whole time it was going on, I was talking to friends of mine, telling them,'I don't know if this is going to work'. But I had very positive responses and feel that, unlike almost any other topic, I have written a book about this one experience that everyone on the planet has lived through."

The literary response to historic tragedies has been a process of absorbing trauma－often beginning with poetry and nonfiction, and after months or years, expanding to narrative fiction. With the pandemic now lasting into a second fall season for publishing, a growing number of authors like Picoult, Louise Erdrich, Gary Shteyngart and Hilma Wolitzer have worked it into their latest books.

Shteyngart's Our Country Friends features eight friends who gather in a remote house as the virus spreads, a storyline in which he drew upon Anton Chekhov and other Russian writers, and upon Giovanni Boccaccio's 14th century classic The Decameron. Amitava Kumar's A Time Outside This Time tells of an Indian-American author working at an artists retreat. Kumar began the book before the pandemic, but found it fit well－too well－into an existing wave of misinformation, or "fake news", reaching from the United States to his native India.

Erdrich's The Sentence, her first since the Pulitzer Prize winner The Night Watchman, centers on a Minneapolis bookstore in 2020 and the city's multiple crises from the pandemic to the murder of George Floyd. Like Kumar, Erdrich had the original idea of a haunted bookstore well before the virus spread.

"I realized that although we might want to forget parts of 2020, we should not forget," she wrote in a recent email. "Obviously, we can't forget. We have to use what we learned."