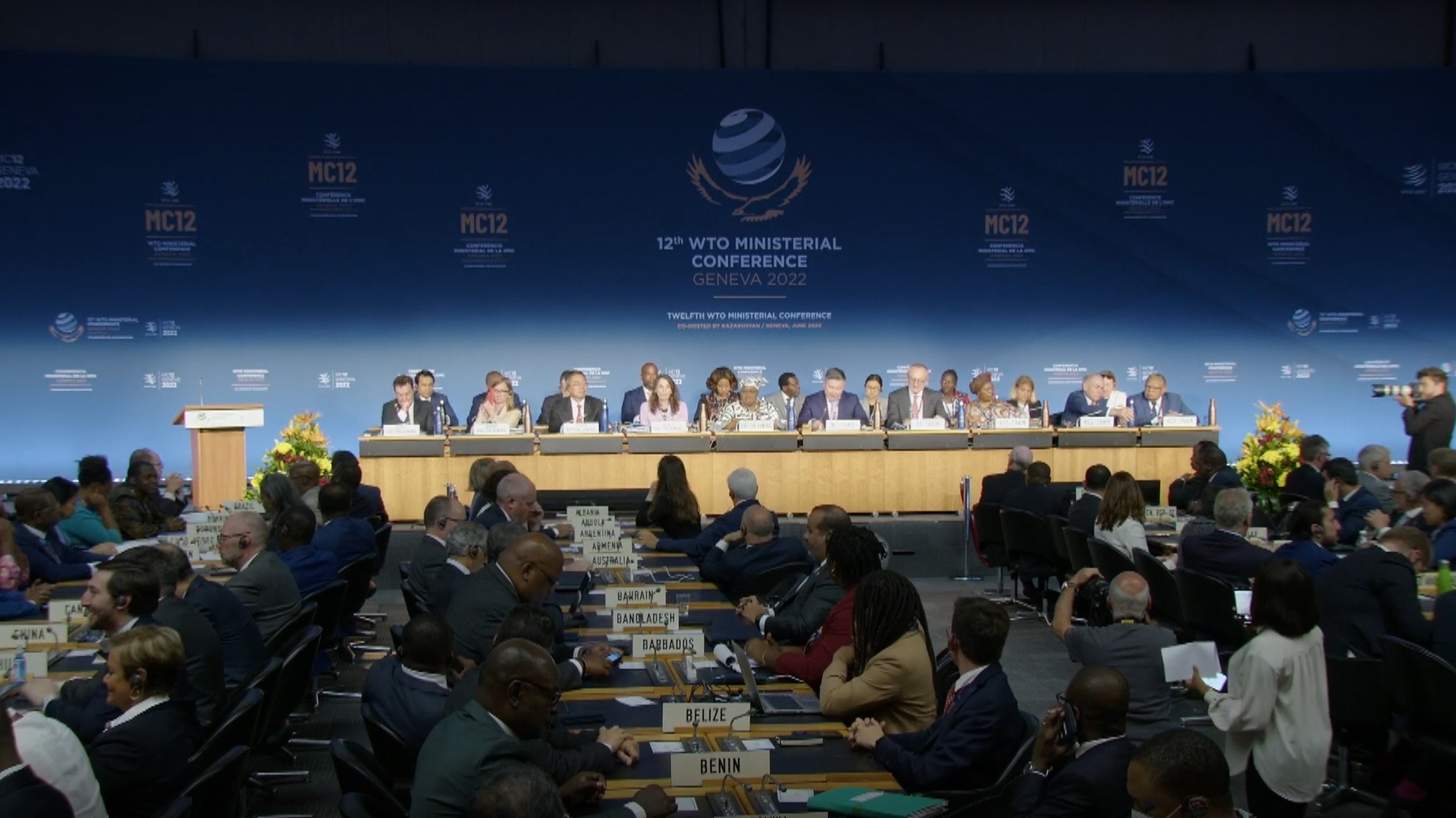 During the four-day meeting, members of the trade organization will hold discussions on such issues as TRIPS (Trade-Related Aspects of Intellectual Property Rights) waiver for COVID-19 vaccines, pandemic response, fishery subsidies, agriculture, food security, as well as the WTO's reform and its future work priorities.

WTO Director-General Ngozi Okonjo-Iweala said that the world is currently facing multiple crises such as the epidemic, food shortage, climate change and regional conflicts, and she called on all parties to work together to overcome the difficulties.

"No one country can solve these crises on its own, this is a time that you need the world to work together," she said.

According to her, the work of the WTO has made progress, and draft documents have been formed on key issues such as TRIPS waiver, pandemic response, fishery subsidies, agriculture and food security. She hoped that more results could be achieved at the ministerial meeting.

China's Commerce Minister Wang Wentao, who attended the meeting in Geneva, said that the WTO-centered multilateral trading system is the cornerstone of international trade, and China is willing to work with all parties to promote the WTO to play a bigger role in world economic recovery.

Wang noted that China will continue to safeguard the multilateral trading system with concrete actions and support the WTO reform to move in the right direction, adding that the reform of WTO needs to reinforce its functions and promote economic globalization to benefit all members.

The Ministerial Conference, which is attended by trade ministers and other senior officials from the organization's 164 members, is the WTO's highest decision-making body, and is generally held every two years.

Kazakhstan was originally scheduled to host MC12 in June 2020, but the conference was postponed due to the pandemic.