WTO to start vaccine supply negotiations amid clash on patents

World Trade Organization members agreed on Wednesday to start formal negotiations on a plan to boost COVID-19 vaccine supply to developing countries, but face rival proposals - one with and one without a waiver of intellectual property rights. 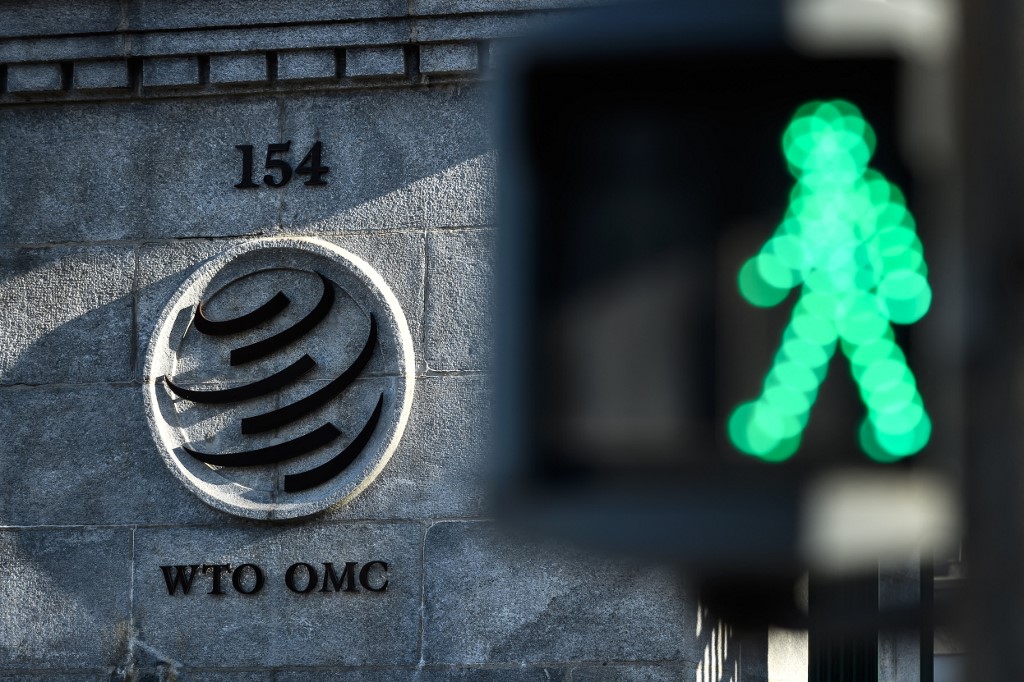 A green pedestrian trafic light is seen in front of the entrance of the headquarters of the World Trade Organization (WTO) in Geneva on December 10, 2019. (Photo: AFP)

South Africa and India, backed by many emerging nations, have been pushing for eight months for a temporary waiver of IP rights on vaccines and other treatments. This could allow local manufacturers to produce the shots, something the proponents say is essential to redress "staggering" inequity of supply.

Developed nations, many home to large pharmaceutical companies, have resisted, arguing that a waiver would not boost production and could undermine future research and development on vaccines and therapeutics.

The European Union presented a plan, backed by Britain, Switzerland and South Korea, that it argues would more effectively broaden supply. Existing WTO rules, it says, already allow countries to grant licences to manufacturers even without the patent-holder's consent.

WTO members agreed to begin discussions on June 17 to determine the format of negotiations and to produce a report outlining their progress on the vaccine supply plan by July 21-22, when the WTO's general council convenes, a Geneva trade official said.

"This is a major breakthrough - after eight months of stalling," said Leena Menghany, global IP adviser for medical aid group MSF, which backs a waiver.

A surprise U.S. shift last month to support a waiver heaped pressure on the opponents, but Washington trade officials appear to favour one limited to vaccines.

The waiver proposal from the emerging nations also includes diagnostics, therapeutics and medical devices. That proposal, whose text was revised in May, also sets a time span of "at least three years" and might allow a single WTO member to prolong it indefinitely.

The United States told delegates it was still reviewing the revised proposal, but its initial reaction was that it was only a modest change from the original, on which WTO members had not reached the required consensus.

It said discussions needed a "revised scope" and WTO members should focus on what actions might be needed to address vaccine supply and distribution specifically and on areas most likely to be accepted by others as soon as possible.