WORLD WTO will go on if US withdraws, official says

WTO will go on if US withdraws, official says 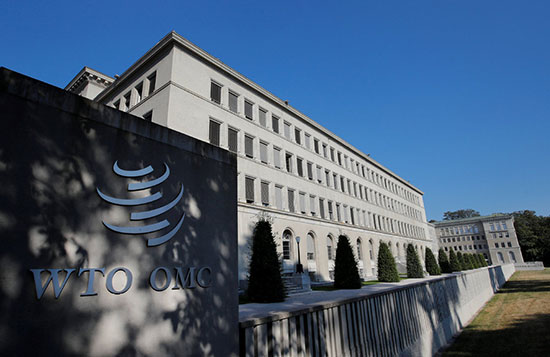 The World Trade Organization would continue even if the US decides to withdraw, according to a former trade rules chief.

Pascal Lamy, former director-general of the WTO, said whether the US stays in depends on the commitment of the world's largest economy to a multilateral rules-based order.

"For the moment, it is the biggest economy in the system, but (staying in) depends on whether you believe at the end of the day that having a collective system, a multilateral cooperation system, is the right way to go. I think the (European Union), Japan, India, China and Africa believe this is so," he said.

Lamy, who was speaking at the China Europe International Business School in Shanghai, where he has been made a distinguished professor, said the US was breaking WTO rules by imposing tariffs on China and other countries.

"We all know that his tariffs are not WTO compliant," he said. Lamy added that there is "uncertainty" about whether US President Donald Trump wants to improve the trade system, "or whether he is about getting rid of the trade regime".

Lamy, who was involved in negotiations for China to join the WTO, said the tariffs would do nothing to reduce the US overall trade deficit because, while it might reduce the deficit with China, it would only serve to increase deficits with other countries.

The decision to impose tariffs, he said, is not a question of the US trade deficit. "Assuming Trump decreases the US-China trade deficit but increases the US-Vietnam or the US-Thailand deficit, that will not change anything seriously," he said.

Lamy added that having a trade deficit should not be a problem for a country like the US, whose money is used as the global reserve currency.

"The US has had a trade deficit for a very long time, and I think most economies on this planet would agree that this has nothing to do with trade," he said.

"The US has a trade deficit because US consumers consume more and save less than the rest of the planet. And as long as the US benefits from this formidable privilege of having the dollar (as the reserve currency), they don't have a problem financing the deficit. If they had a problem financing the deficit, it might be an issue. It is not an issue."

Lamy also said Trump is wrong to argue that tariffs are a way of bringing back jobs to the US.

"If it is a question of bringing back jobs to the US, it is already near full employment, so it must not be that relevant. It doesn't make sense," he said.

Lamy, however, said he supported calls from the G20 Leaders' Summit in Buenos Aires earlier this month for WTO reform.

"Agreeing on WTO reform is one thing, but agreeing on what you should put in that box called reform is another," he said.

"China has to compromise in some areas, the US will have to compromise on others. What the EU and to some extent Japan are trying to do for the moment is talk to the US, talk to China, so at the end of the day everybody is around the same table."

Despite current trade issues, Lamy does not believe the world will descend into 1930s-style protectionism.