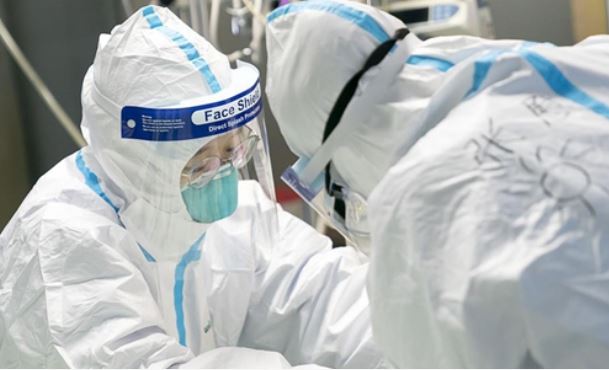 Although the novel coronavirus epidemic is still at a complicated and crucial stage due to factors such as the unknown nature of the virus and a lack of supplies, the virus has not yet mutated and the government's current containment measures will take effect in the near future and the country is confident that it will win the battle against the epidemic, said Chinese officials.

Ma Xiaowei, head of the National Health Commission, said at a Sunday press conference that now is a crucial time to curb the spread of the novel coronavirus-related pneumonia during the Spring Festival travel rush. Wuhan is urged to implement the strictest preventive measures.

The virus, different from SARS, can infect people even if its carrier shows no or few symptoms, said Ma. The source of the infection has not yet been discovered, the risks of mutation are still unclear and the harmfulness of the coronavirus to people of different ages is changing.

We have been closely monitoring the virus' mutations, and there is no proof that the novel coronavirus has mutated at this point, Li Bin, deputy director of the National Health Commission said at the same conference.

By the end of Saturday, 1,975 confirmed cases of pneumonia caused by the novel coronavirus, including 324 in critical condition, had been reported in the provincial-level regions except Tibet Autonomous Region.

The pneumonia situation had resulted in 56 deaths, according to the National Health Commission.

In order to contain the virus, Ma said health authorities nationwide have sent seven medical teams of over 900 personnel to support Wuhan. The military sent 450 medical staff, and has eight teams with over 1,000 personnel on standby.

From Saturday to Sunday, authorities have been sending 12 medical teams comprising more than 1,600 staff, and will accelerate the allocation of resources to ensure supplies, said Ma, noting that Wuhan is likely to have an additional 5,000 beds available in the next three days.

The materials shortage has been obviously relieved since 2,400 beds were opened to patients as of Saturday and 2,360 medical workers traveled to the city to offer support.

However, a lack of materials still poses difficulties for the containment of the coronavirus.

Wang Jiangping, an industry and information technology official, said at Sunday's conference that protective suits and masks are still urgently needed in the battle against the spread of the virus. 100,000 protective suits are needed daily in Hubei, and Hubei's need of protective clothing is almost 3 times the national production capacity.

China is expected to enhance international cooperation and increase procurement from other countries to meet the gap between the supply and demand of protective suits, said Wang. Protective suits from the national reserves have been transferred to Wuhan, and 220,000 more suits purchased internationally are en route to the city.

All rural areas and villages are urged to adopt stricter measures. China will utilize the institutional advantages to combat the major public health emergency, and we have the confidence, resolve and capability to win this battle, Ma said.

Ma's confidence is echoed by officials from China's disease control and prevention organ.

China will definitely develop a vaccine against the novel coronavirus, but it will take time as we need to respect the laws of nature, Gao Fu, head of the Chinese Center for Disease Control and Prevention said.

We suggest extending Spring Festival holidays. We should take the development of the situation into account. It will take time to understand the virus and the public should remain calm, Gao said.

Working teams will also be sent to places in Hubei other than Wuhan where the epidemic is severe, Ma said.

China will strictly manage Wuhan residents who have arrived in other provinces and cities over the past 15 days. These residents will be located, registered and put under observation, said Ma.

He said that measures including transportation bans are being adopted and adjusted according to the development of the coronavirus epidemic, and experts said they have proven effective in curbing the spread of the virus.

The number of trips made across China on Saturday, the first day of the Chinese lunar new year, decreased by 28.8 percent compared to last year amid the battle against the virus, said Liu Xiaoming, vice minister of transport at the conference.

Ma noted that China has been closely working with the international community and sharing information with related countries. The mainland is also enhancing communication with Taiwan, Hong Kong and Macao, inviting local experts to Wuhan to observe the actual situation.