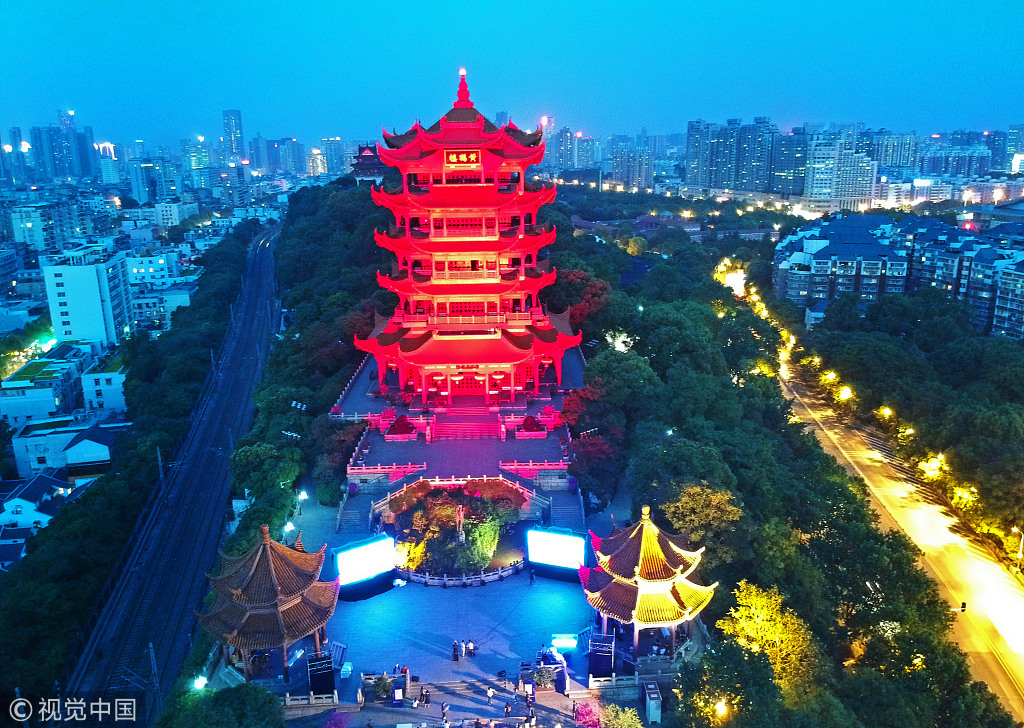 Valerie Francisco, a 27-year-old tech recruiter at Facebook, has finally recovered from her 10-day photography trip to China, which she described as "ecstatic."

Francisco and eight counterparts from high-tech companies in Silicon Valley, went on an expedition on May 23 to Wuhan in Central China's Hubei Province.

The adventure, dubbed "Wuhan Stories Thorough the Lens of American/Chinese Photographers", sought to present the bustle of the metropolis.

Major organizers of the event, the US-China Culture and Communication Association and Wuhan municipal government, incorporated holistic aspects of the city - the old vs. the new; the traditional vs. the modern; development vs. sustainability.

"Like any places in China, Wuhan has been the witness and beneficiary of China's opening and reform policy in the past 40 years," said Song Min, president of the association.

"It was regretful that not many people outside of Wuhan understand what the changes brought local people," he said. "Hopefully, American photographers and their work will help portray a real Wuhan and beyond."

The team arrived in Huangpi district, the birthplace of China's legendary female warrior Mulan, on May 25. They joined local Chinese photographers and soon started taking pictures.

They then moved between Wuhan landmarks - the Yangtze River Bridge, the East Lake, the Yellow Crane Tower and the Hanzheng Street - to capture intriguing moments of the city's three townships: Hankou, the financial center; Hanyang, the ancient industrial central, and Wuchang, the university and research parks cluster that also forges high-tech companies.

"Before the trip, I've actually never heard much about the city," Francisco said. "I didn't know what to expect exactly, so when I finally got to explore the different parts of Wuhan with my camera, I was impressed by their urban progress and tech scene.

"I also liked how the city still maintained a sense of calm and peace with its numerous lakes and greenery, and it didn't feel chaotic at all despite their development. I could also still get a sense of its local culture alongside its modern buildings," she added.

For Teju Khubchandani, who works at Google and speaks fluent Mandarin, "the most impressive part of the trip was how friendly the people are in Wuhan. At most of the cities that I have visited, most people will shy away from the camera, and in some cases, they give us a bad look.

"That was not the case in Wuhan," he said. "From store owners to people on the street, they were very friendly, and some of them approached us and talked to us in English."

Chen Lu, who was the liaison for the team, said the trip was about enhancing people-to-people communications.

"Students from the Wuhan Middle School volunteered to be interpreters for American photographers. Joggers at the East Lake paused their running in order to have a cordial conversation with our cameramen.

"Vendors at Hanzheng Street passed street delicacies to American friends with broad smiles," she said, adding that language is not a barrier in candid relationship-building. "Hospitality was felt throughout our trip no matter where we've been."

"In being chosen for this trip, I was motivated to do well for the gallery, and I now feel inspired to keep honing my craft," she said.

On June 2, 140 photos were chosen from 10,000 works of American and Chinese photographers and displayed at a local gallery in Wuhan. Song said they will ship the photos to California in October and show to American audiences.