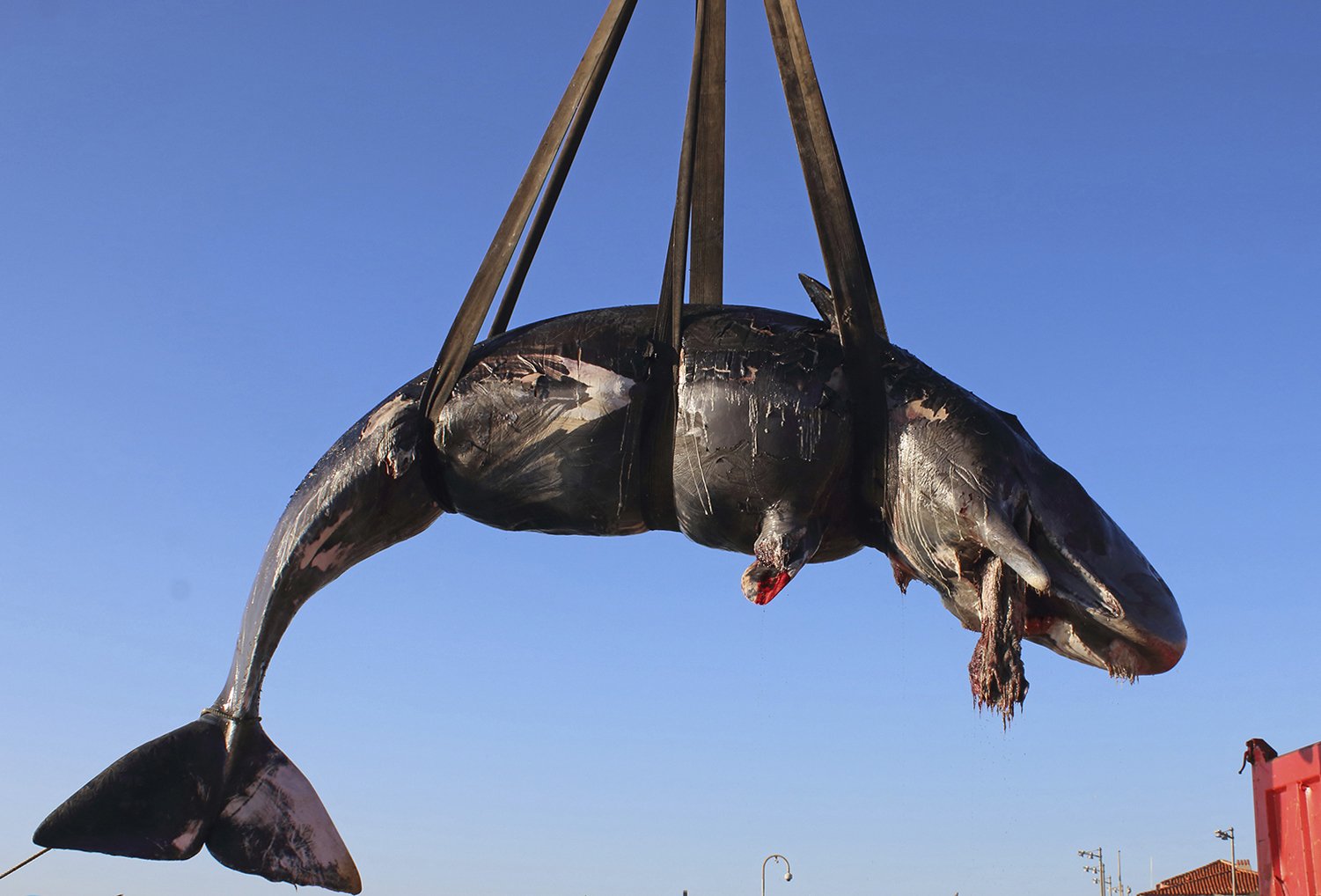 In this photo taken on Friday, March 29, 2019 and provided by SEAME Sardinia Onlus, a whale is lifted up onto a truck after being recovered off Sardinia island, Italy. (Photo: AP)

An 8-meter (26-foot) sperm whale was found dead off Sardinia with 22 kilograms (48.5 pounds) of plastic in its belly, prompting the World Wildlife Foundation to sound an alarm Monday over the dangers of plastic waste in the Mediterranean Sea.

The female whale beached off the northern coast of Sardinia last week, within the vast Pelagos marine sanctuary that was created as a haven for dolphins, whales and other sea life.

“It is the first time we have been confronted with an animal with such a huge quantity of garbage,” Cinzia Centelegghe, a biologist with the University of Padova, told the Turin daily La Stampa.

The exam also determined that the whale was carrying a fetus that had died and was in an advance state of decomposition. Experts said the mother whale had been unable to digest calamari due to the huge amount of plastic it had ingested, filling two-thirds of its stomach.

WWF said plastic is one of the greatest threats to marine life and has killed at least five other whales that had ingested large amounts of it over the last two years from Europe to Asia.

Another sperm whale died off the Italian island of Ischia, near Naples, last December with plastic bags and a thick nylon thread in its stomach, but plastic was not the cause of death.

To combat the phenomenon, the European Parliament last week approved a new law banning a wide range of single-use plastic products, including plates and straws, starting in 2021.

Italy’s environment minister, Sergio Costa, lamented the whale’s death and said he planned to propose a new law this week to limit the use of plastics.

The law will permit fishermen to bring plastics recovered at sea to land for proper disposal, which they currently are barred from doing. Costa also pledged Italy would be one of the first countries to enact the European single-use plastics ban and appealed to the mayors of Italian cities and coastal towns to adopt the ordinances in advance of the 2021 law.