A 99-year-old British World War II veteran has raised almost £12 million ($15 million) in his fundraising challenge for frontline health workers by walking laps of his garden. 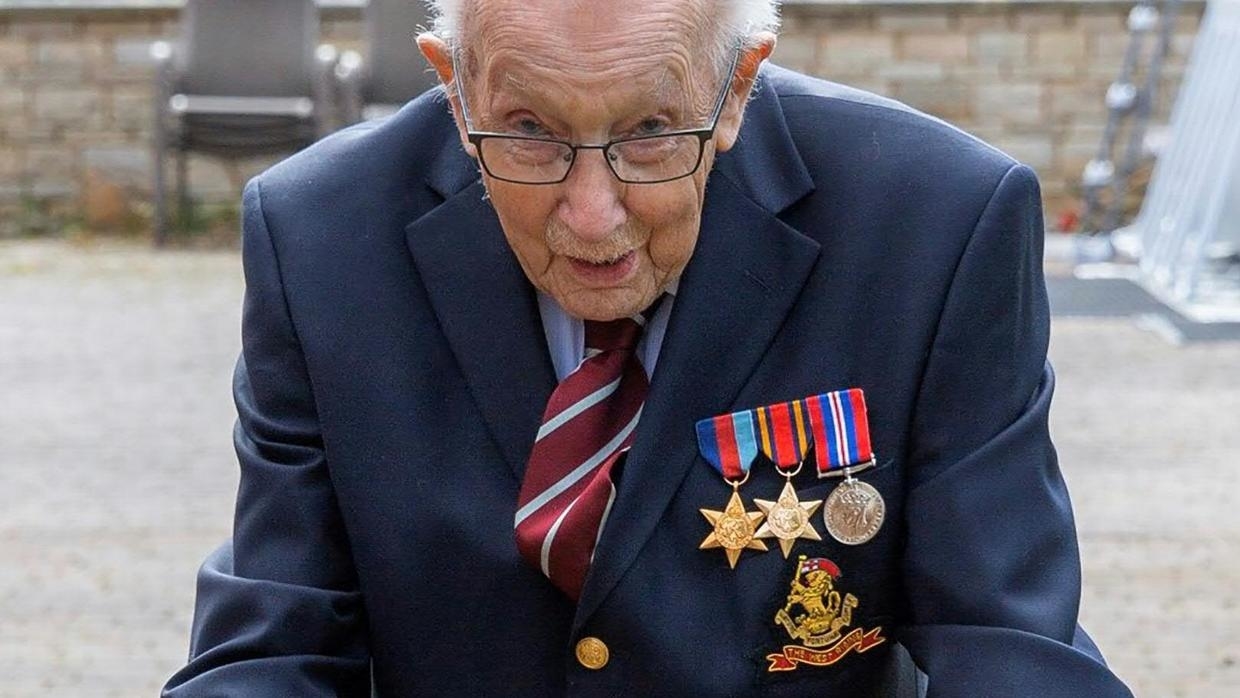 Tom Moore, a captain who served in India, is being sponsored to complete 100 lengths of his 25-meter garden in time for his 100th birthday at the end of the month.

He originally planned to raise £1,000 for a National Health Service charity after receiving treatment for a broken hip and cancer.

But he is now approaching the £12-million barrier and has to do just one more round of laps in his garden in Bedfordshire, south England, with the help of his walking frame.

"It's marvellous for our doctors and nurses on the front line," he said of the money raised.

"In the last war it was soldiers in uniform on the front line. This time our army are the doctors and nurses (in) uniforms," he told ITV's Good Morning Britain earlier this week.

"We will survive this."

Around 600,000 people have contributed funds, with the rate of donations causing the JustGiving page to temporarily crash.

A post on Moore's Twitter account on Wednesday night said: "It's been a crazy 24 hours, and what with Tom doing his final laps... tomorrow, we expect tomorrow to be just as crazy."