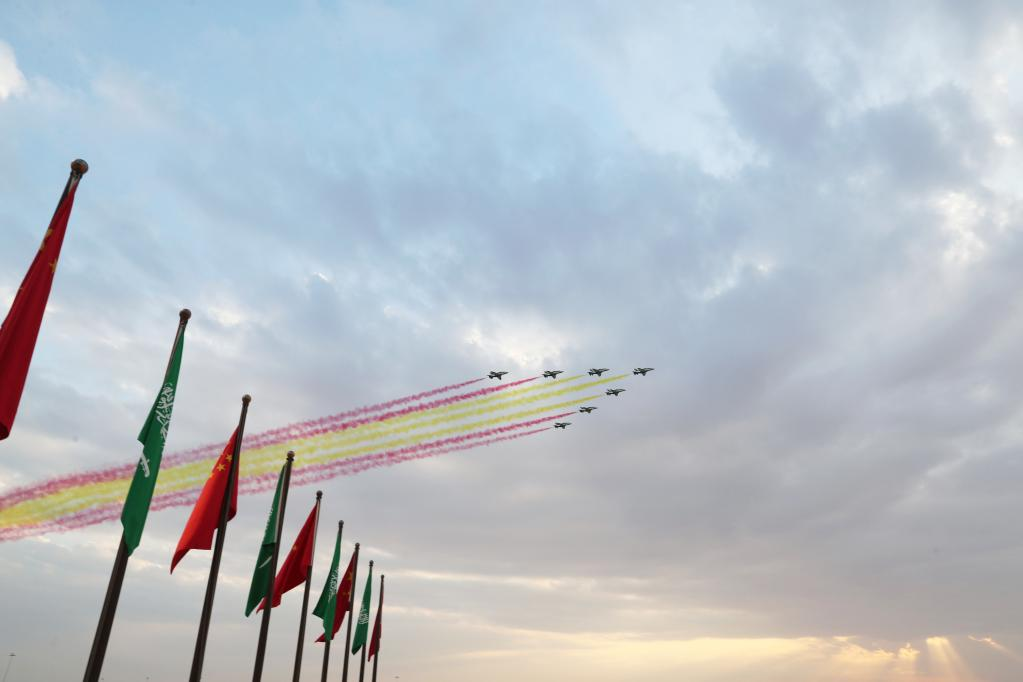 This photo taken on Dec. 7, 2022 shows jets releasing smoke in the colors of the Chinese national flag in the sky over Riyadh, Saudi Arabia.(Photo: Xinhua)

Xi's car, under the escort of guards riding motorcycles and horses, arrived at the Al Yamamah Palace where the Saudi crown prince warmly greeted the Chinese president.

The leaders of the two countries stepped into a pavilion and the royal palace military band played the national anthems of China and Saudi Arabia.

Accompanied by the crown prince, Xi reviewed the guard of honor, who extended the most solemn welcome to the Chinese president with traditional sword-holding etiquette.

Ding Xuexiang, Wang Yi and He Lifeng, among others, attended the welcoming ceremony.