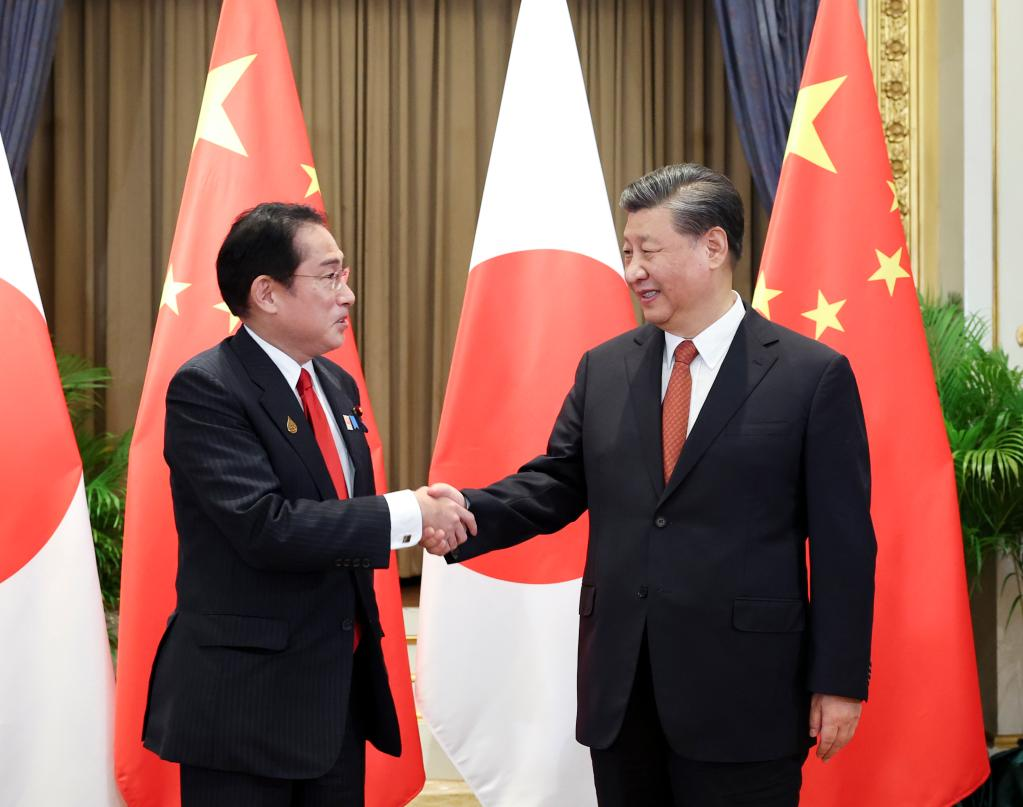 BANGKOK, Nov. 17 (Xinhua) -- Chinese President Xi Jinping said here Thursday that China stands ready to work with Japan to keep the bilateral relationship on the right course from a strategic height, and build a China-Japan relationship fit for the new era.

Xi made the remarks during a meeting with Japanese Prime Minister Fumio Kishida on the sidelines of the 29th Asia-Pacific Economic Cooperation (APEC) Economic Leaders' Meeting.

Noting that China and Japan jointly commemorated the 50th anniversary of the normalization of bilateral relations this year, Xi said over the past five decades, the two sides have adopted the four China-Japan political documents, reached a number of important common understandings, and enjoyed fruitful exchanges and cooperation in various areas.

All these have delivered important benefits to the two peoples and contributed to regional peace, development and prosperity. As close neighbors and important countries in Asia and the world, China and Japan share many common interests and ample room for cooperation. The importance of China-Japan relations has not and will not change, said Xi.

Xi emphasized that the two sides need to treat each other with sincerity and engage each other with trust, abide by the principles of the four China-Japan political documents, and draw lessons from history, adding that they need to view each other's development in an objective and rational manner, and translate into policies the political consensus that the two countries should "be partners, not threats."

Major issues of principle such as history and Taiwan bear on the political foundation and basic trust in China-Japan relations, and therefore must be handled in good faith and appropriately. China does not interfere in other countries' internal affairs, nor does it accept any excuse by anyone to interfere in its internal affairs, said Xi.

Saying that China and Japan are different in social system and national conditions, Xi said the two sides should respect each other, increase understanding and dispel mistrust. On issues regarding maritime and territorial disputes, it is essential to abide by the principles and common understandings that have been reached, and show political wisdom and responsibility to properly manage differences, said Xi.

The two sides should continue to leverage their geographical proximity, close people-to-people ties and other unique strengths, and facilitate exchanges and communication through channels between governments, political parties, legislatures, and localities among others. It is particularly important to take the long view, actively carry out exchanges among the young people, foster an objective and positive perception of each other and bring the two peoples closer, said Xi.

With their economies highly interdependent, the two countries need to step up dialogue and cooperation in such areas as digital economy, green development, fiscal and financial sectors, health care and old-age care and in keeping the industrial and supply chains stable and unclogged, so as to realize complementarity and mutual benefits at a higher level, said Xi.

Bearing in mind their respective long-term interests and the common interests of the region, the two countries need to uphold strategic autonomy and good-neighborliness, reject conflict and confrontation, practice true multilateralism, advance regional integration, work together for sound development and progress in Asia, and respond to global challenges, said Xi.

For his part, Kishida recalled the successful phone call he had with Xi in October last year, during which they agreed to build a Japan-China relationship fit for the new era, adding that exchanges and cooperation between the two countries in various fields are resuming gradually.

As close neighbors, Japan and China pose no threat to each other. The two sides need to and should coexist in peace. Japan could hardly achieve development and prosperity without China, and the same is true the other way around, said Kishida.

Japan welcomes China's positive contribution to the world through its own development. Japan-China cooperation holds great potential as both countries shoulder important responsibilities for peace and prosperity of the region and the world. Japan is ready to work with China for sound and stable growth of Japan-China relations, he said.

On the Taiwan question, there has been no change whatsoever to the commitments Japan made in the Japan-China Joint Statement, said Kishida, expressing his readiness to increase dialogue and communication with the Chinese side to jointly chart the right course for Japan-China relations. 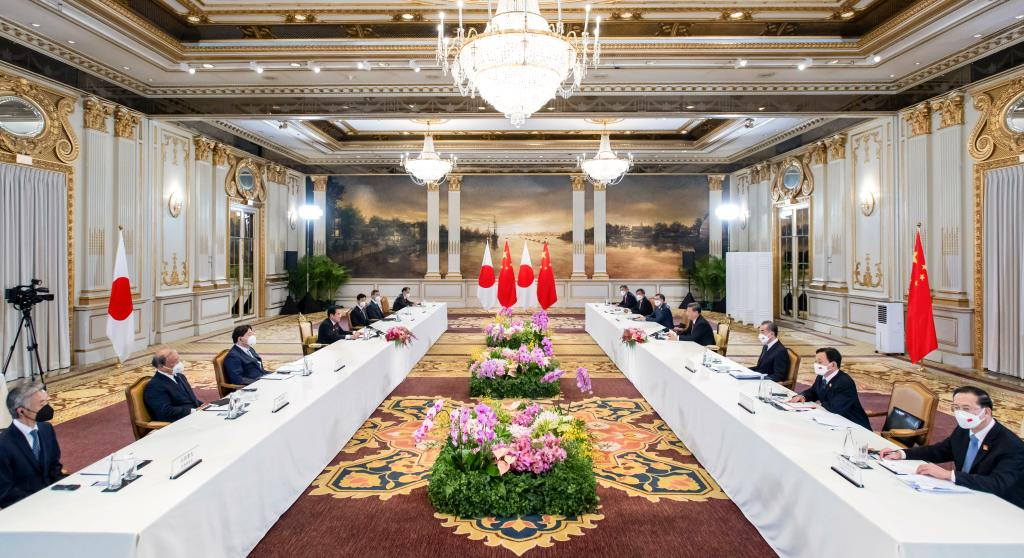