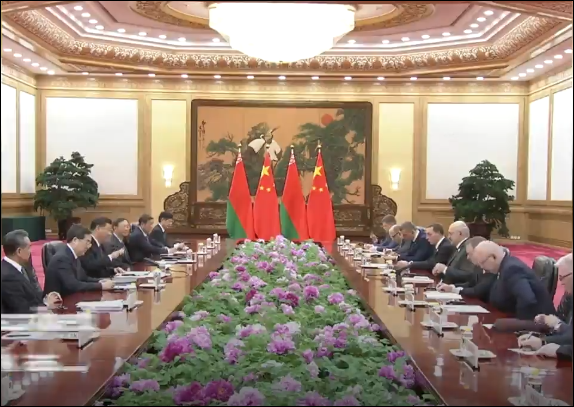 Chinese President Xi Jinping described the China-Belarus industrial park as a "model project" under the Belt and Road Initiative (BRI) at a meeting with Belarusian President Alexander Lukashenko on Thursday.

Lukashenko is in Beijing to attend the Second Belt and Road Forum for International Cooperation (BRF) scheduled for April 25-27.

The China-Belarus industrial park, named Great Stone, is the largest foreign investment project in Belarus and an important cooperation project between Beijing and Minsk within the framework of BRI.

Xi called on the two countries to deepen cooperation in areas such as economy and trade, investment, tourism, education as well as regional cooperation.

Lukashenko said Belarus is a firm supporter of the BRI, adding that his country wishes to give full play to the demonstration effect of the industrial park and boost BRI cooperation across Eurasia.