BEIJING, Feb. 20 (Xinhua) -- Facts have proved once again that China and Pakistan are true friends and good brothers that share weal and woe, Chinese President Xi Jinping said in a phone conversation with Pakistani Prime Minister Imran Khan on Thursday. 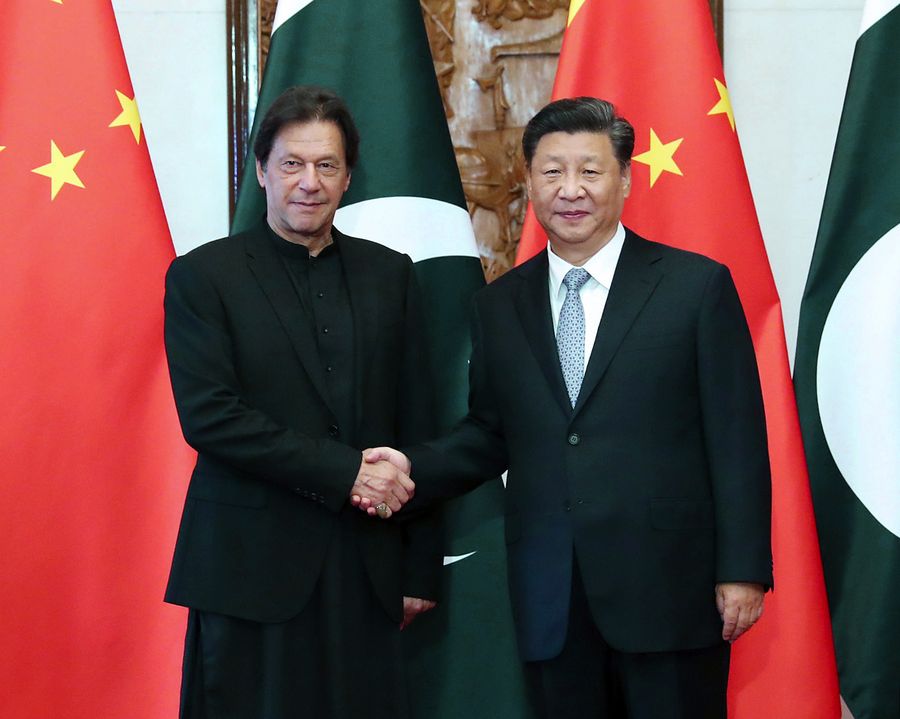 Xi said that combating the COVID-19 epidemic is the Chinese government's top priority now, and that positive changes are taking place thanks to the arduous efforts made by medical workers and people of all ethnic groups in China.

China not only has confidence, capacity and certainty to win the battle against the novel coronavirus disease, but also can minimize the impact of the epidemic and strive to achieve the social and economic development goals for this year, said Xi.

For now China needs to act resolutely to win the battle against the epidemic, he said, adding that China meanwhile needs to take a long-term perspective and draw on the experiences to improve the prevention and control mechanism against major epidemics as well as the national management system for public health emergencies.

China and Pakistan are all-weather strategic cooperation partners with a tradition of mutual assistance, the Chinese president noted.

After the epidemic broke out, Pakistan immediately expressed its solidarity with China, offered donations and assistance despite its own difficulties, and has maintained all bilateral regular exchanges, Xi said.

He noted that Pakistan's National Assembly and Senate have both passed a resolution on offering full support for China's COVID-19 battle, and now the prime minister made the phone call specifically to express sympathies and support.

Those facts have proved once again that China and Pakistan are true friends and good brothers that share weal and woe, Xi said, pledging that China will take good care of its Pakistani brothers and sisters in the country like its own citizens.

Noting that China-Pakistan relations have maintained high-level development, Xi said China will always give priority to Pakistan in its neighborhood diplomacy, continue to work with Pakistan on the high-quality construction of the China-Pakistan Economic Corridor, support and cooperate with each other on major international and regional issues, and build the bilateral relationship into a model for promoting the building of a community with a shared future for mankind.