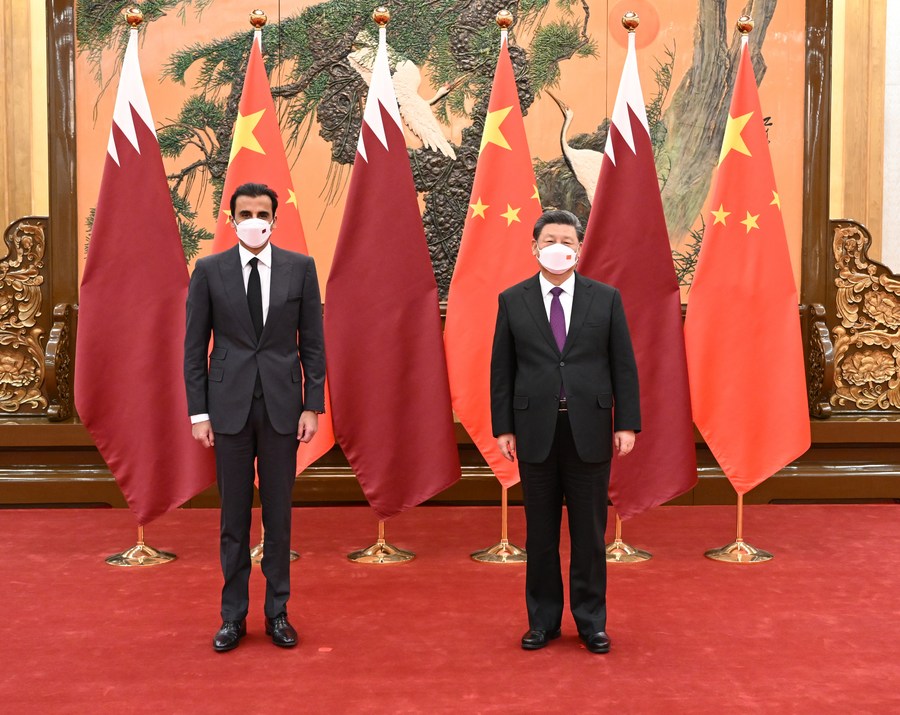 Xi wished the World Cup a complete success, saying that Qatar's successful hosting of the games, which demonstrates the country's competence, has injected fresh and positive energy into today's uncertain world.

Tamim thanked Xi's for his good wish for the World Cup, saying that the world today needs the games to learn about the abilities and spirit of the Arab world.

He also noted that Chinese companies built the main stadium for the World Cup, and the arrival of two pandas added to the festive atmosphere of the games, saying that these have become a new name card for the friendship between Qatar and China.