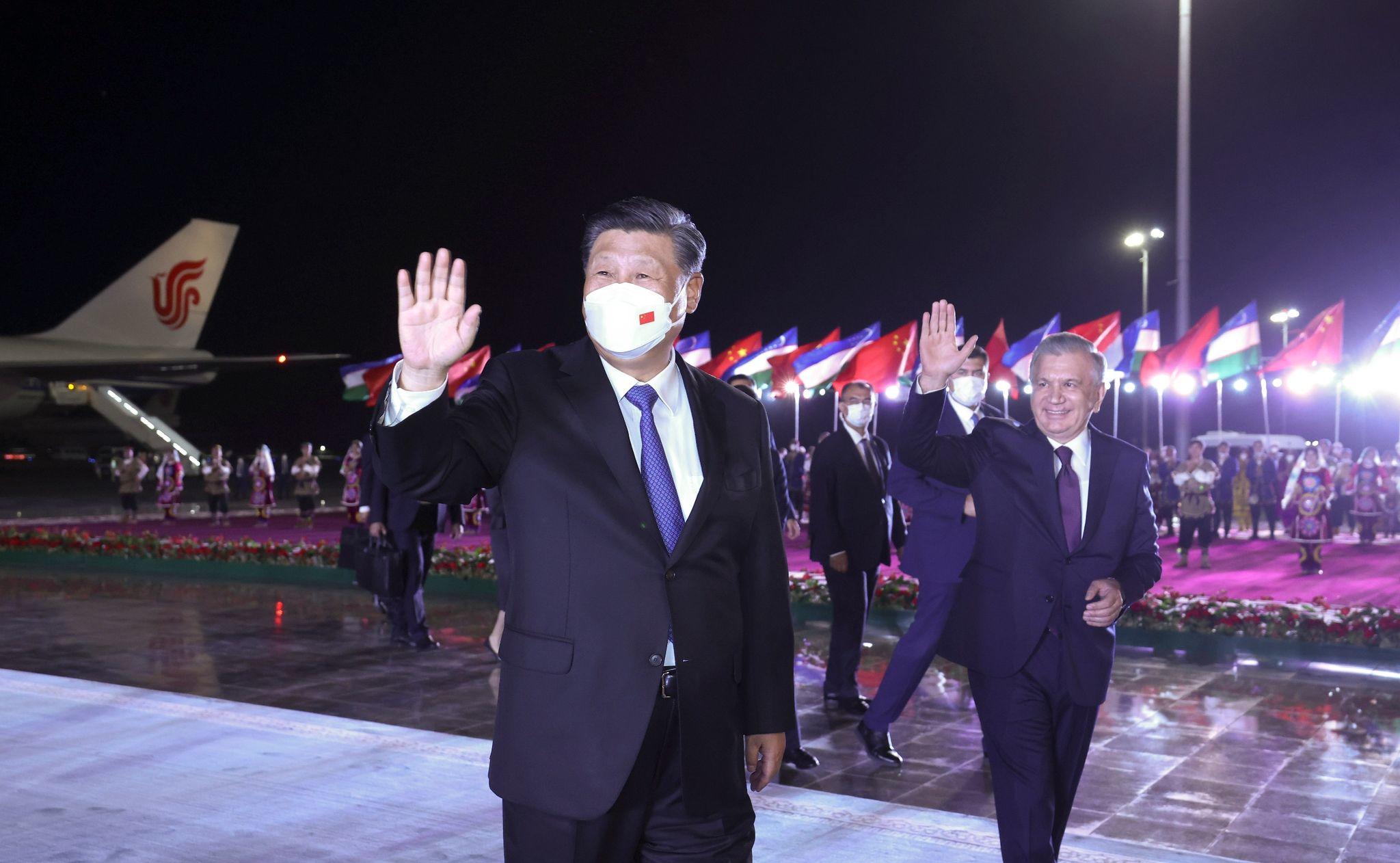 In his remarks delivered before conferring the Order, Mirziyoyev described the day as one of historic significance and said that he was deeply honored to confer the first Order of Friendship, the highest honor awarded by Uzbekistan to foreign individuals, on President Xi.

Mirziyoyev said Xi has made major contributions to deepening Uzbekistan-China friendship, cementing mutual trust and enhancing bilateral cooperation, and that the people of Uzbekistan have high regard for him.

President Xi is the greatest statesman and a preeminent leader in today's world, Mirziyoyev said, noting that under Xi's wise leadership and personal guidance, China has made proud achievements in economic and social development, particularly its victory of the battle against extreme poverty and completion of the building of a moderately prosperous society in all respects, which have won extensive respect and recognition from the international community, and China's international status and influence has been on the rise.

President Xi is without doubt the core of the Communist Party of China (CPC) and the core of all Chinese people, he said.

Mirziyoyev expressed his conviction that under the strong leadership of President Xi, China enjoys not only a bright today, but also an even brighter tomorrow.

Under the personal care and guidance of President Xi, Uzbekistan-China relations have become increasingly mature and full of vitality, and have reached an unprecedented height, he said.

Referring to a joint statement signed with Xi on Thursday, he said it will surely elevate the Uzbekistan-China comprehensive strategic partnership to a new height and further benefit the two countries and peoples.

Mirziyoyev then conferred the Order on Xi. The audience burst into a long applause.

In his remarks delivered upon receiving the Order, Xi underscored that President Mirziyoyev's awarding him the Order of Friendship speaks volumes for the great importance Uzbekistan places on China-Uzbekistan ties and the profound friendliness of the people of Uzbekistan towards the people of China.

As the renowned Uzbek poet Alisher Navoi wrote, "Live in friendship with each other -- There is no better lot," Xi said that as early as over 2,000 years ago, the two great peoples of China and Uzbekistan had exchanged goods and learned from each other through the Silk Road.

Thirty years ago, the establishment of diplomatic ties between China and Uzbekistan started a new chapter of friendship between the two peoples, Xi said, noting that the comprehensive strategic partnership between the two countries has achieved leapfrog growth with fruitful outcomes in cooperation in various fields.

This has boosted the development and rejuvenation of the two countries and injected positive energy into the peace and stability in Central Asia and the world, he said.

China stands ready to work with Uzbekistan to usher in a new chapter of China-Uzbekistan friendship, he added.

The Order of Friendship is the highest honor conferred by Uzbekistan on foreign individuals in recognition of their special contribution to growing friendly relations with Uzbekistan, resolving international and regional hotspot issues or supporting the national development of Uzbekistan.

This is the first time of awarding the Order.

Ding Xuexiang, Yang Jiechi, Wang Yi and He Lifeng, among others, attended the ceremony.