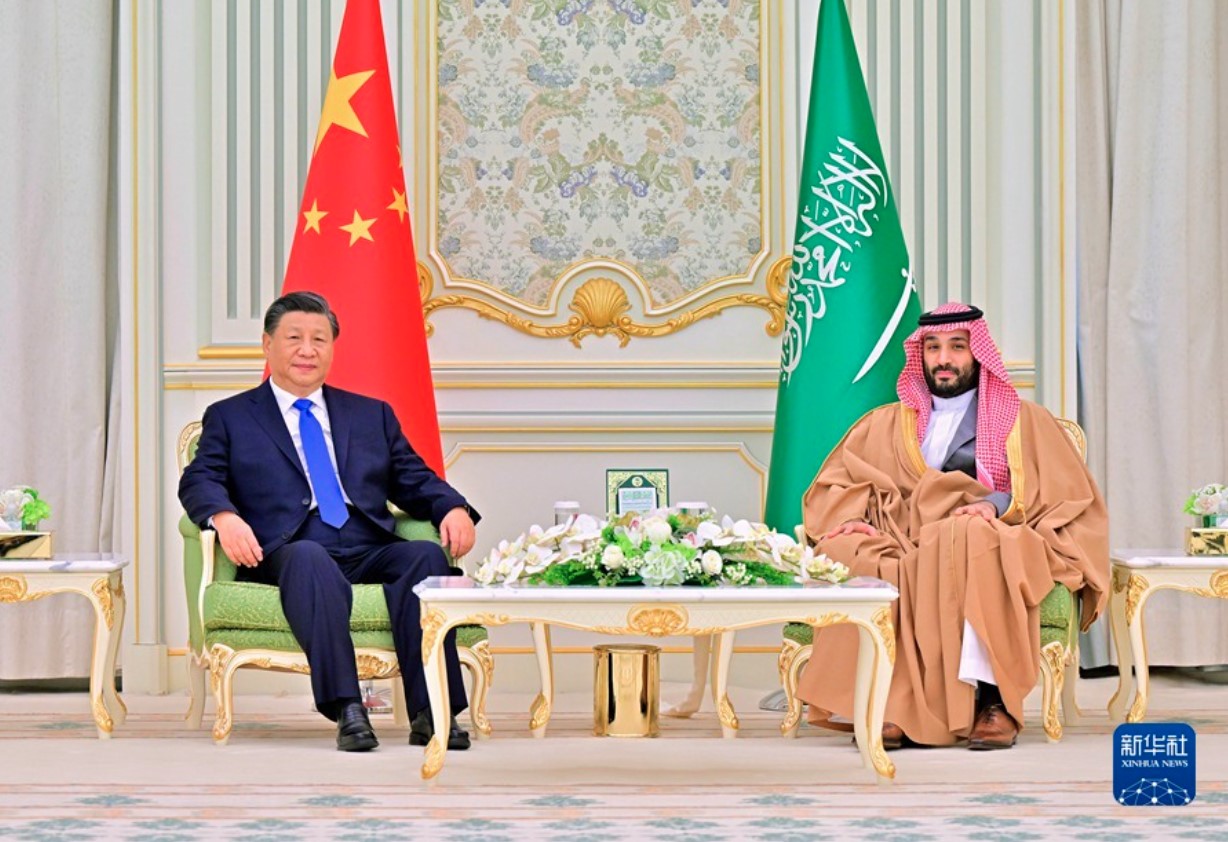 The Saudi crown prince, on behalf of King Salman bin Abdulaziz Al Saud, welcomed Xi for the state visit and expressed congratulations on the successful 20th National Congress of the Communist Party of China (CPC) and Xi's re-election as general secretary of the CPC Central Committee.

Stressing that the current international and regional situations are undergoing profound and complex changes, Xi said the strategic and overall significance of China-Saudi Arabia relations has become more prominent, adding that China puts the development of relations with Saudi Arabia as a priority in its overall foreign policy and especially in its diplomacy in the Middle East.

Xi said China supports important development initiatives including Saudi Arabia's Vision 2030 and the Middle East Green Initiative, and urged the two sides to synergize the Belt and Road Initiative and the Vision 2030, so as to promote cooperation between the two countries in various fields to achieve more results.

China expects to work with Saudi Arabia to make the China-Arab States Summit and the China-Gulf Cooperation Council (GCC) Summit milestone events in the development history of China-Arab states relations and China-GCC relations, and promote the relations to a new level, Xi added.