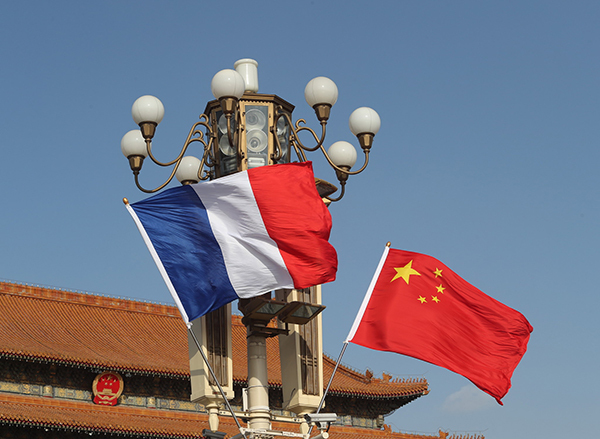 BEIJING, Feb. 18 (Xinhua) -- China is willing to strengthen practical cooperation with France in the health sector so as to jointly safeguard regional and global public health security, Chinese President Xi Jinping said in a phone conversation with French President Emmanuel Macron on Tuesday.
In the phone call, Xi expressed gratitude and appreciation that Macron called again to extend sympathy and support to China at a critical moment in China's fight against the COVID-19 epidemic, adding that it fully demonstrates the profound friendship between the two countries and the high level of the China-France comprehensive strategic partnership.
A friend in need is a friend indeed, Xi said, stressing that China not only safeguards the lives and health of the Chinese people, but acts in a highly responsible manner for global public health security.
While China mainly relies on the strength of the Chinese people to fight against the epidemic, it is grateful for the help offered by the international community, he said.
China has always been open and transparent in its cooperation with other countries, including France, to deal with the epidemic, Xi said, adding that China stands ready to work with France to boost practical cooperation in the health sector and jointly safeguard regional and global public health security.
For his part, Macron once again expressed solidarity with the Chinese government and people in the fight against the COVID-19 epidemic, as well as appreciation for China's timely and effective measures and its high degree of openness and transparency.
France is ready to work with China in the fight against the epidemic and take the joint battle as an opportunity to strengthen health cooperation, he said.