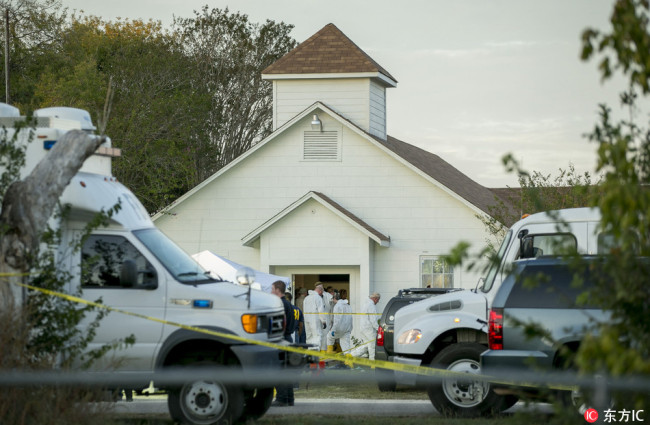 Investigators work at the scene of a mass shooting at the First Baptist Church in Sutherland Springs, Texas on Sunday, Nov. 5, 2017. [Photo: IC]

Chinese President Xi Jinping on Monday sent condolences to his U.S. counterpart, Donald Trump, on a deadly shooting in Texas, which left 27 people dead and injured at least 20 others.

In his message of condolences, Xi expressed his deep sorrow to the innocent victims, extended sincere sympathy to the injured and the families of the victims, and wished the injured a quick recovery.

The deadly shooting attack happened on Sunday morning at the First Baptist Church of Sutherland Springs, about 35 km southeast of San Antonio, Texas.