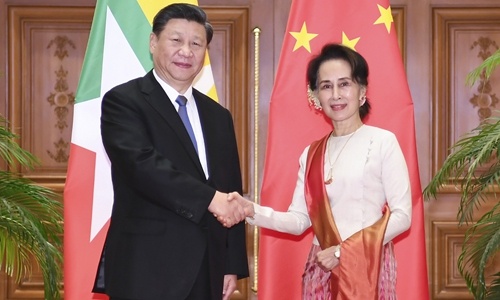 He also called for concerted efforts to promote practical cooperation in various fields within the frameworks of the Belt and Road Initiative and the China-Myanmar Economic Corridor, maintain peace and tranquility in the border areas, and push for a fruitful China-Myanmar community with a shared future, so as to create more benefits for the two countries and their people.