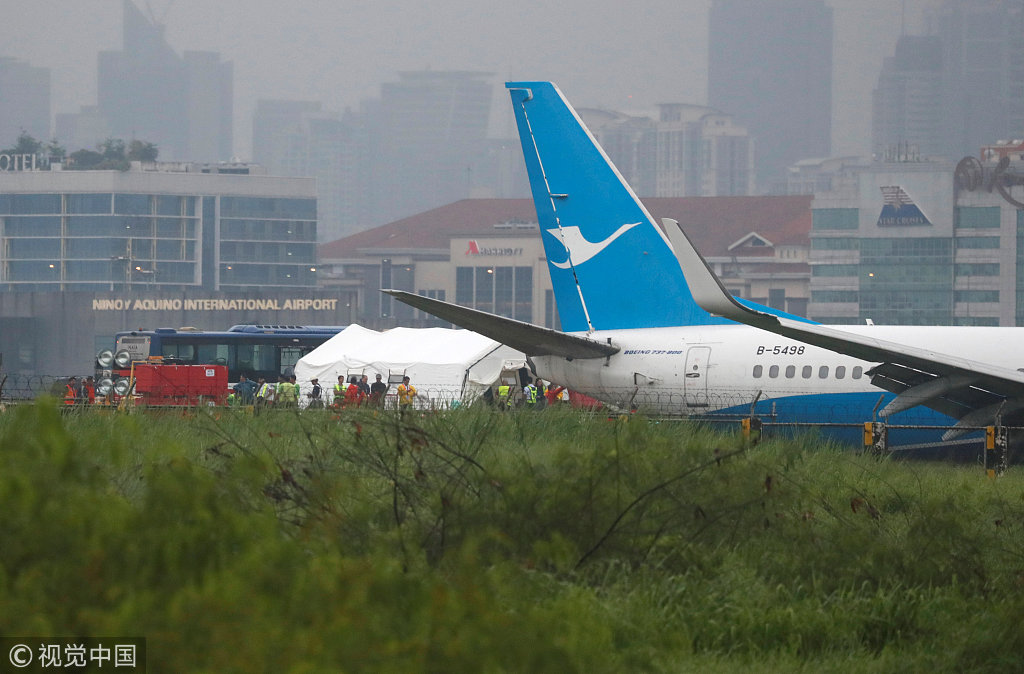 Rescuers gather near the tail of a Xiamen Airlines Boeing 737-800 after it overshot the runway at Ninoy Aquino International airport in Paranaque, Metro Manila in Philippines, August 17, 2018. (Photo: VCG)

Manila (People's Daily) - A XiamenAir plane has crash-landed at Manila International Airport in the Philippines, according to RT.com.

Flight MF8667 from Xiamen, China, circled the airport for roughly one hour before attempting and failing to land. The Boeing 737-800, during its second attempt, skidded off the runway before coming to a crashing halt.

Based on photos posted on Twitter, the plane is sitting lopsided near the airport's runway. According to reports, the plane's engine has also broken off.

XiamenAir, formerly Xiamen Airlines, is a passenger airline based in Xiamen, Fuijan Province. It has a fleet size of 164 planes and flies to some 70 destinations. It is part of the SkyTeam alliance.

There is no word on any injuries during the crash.