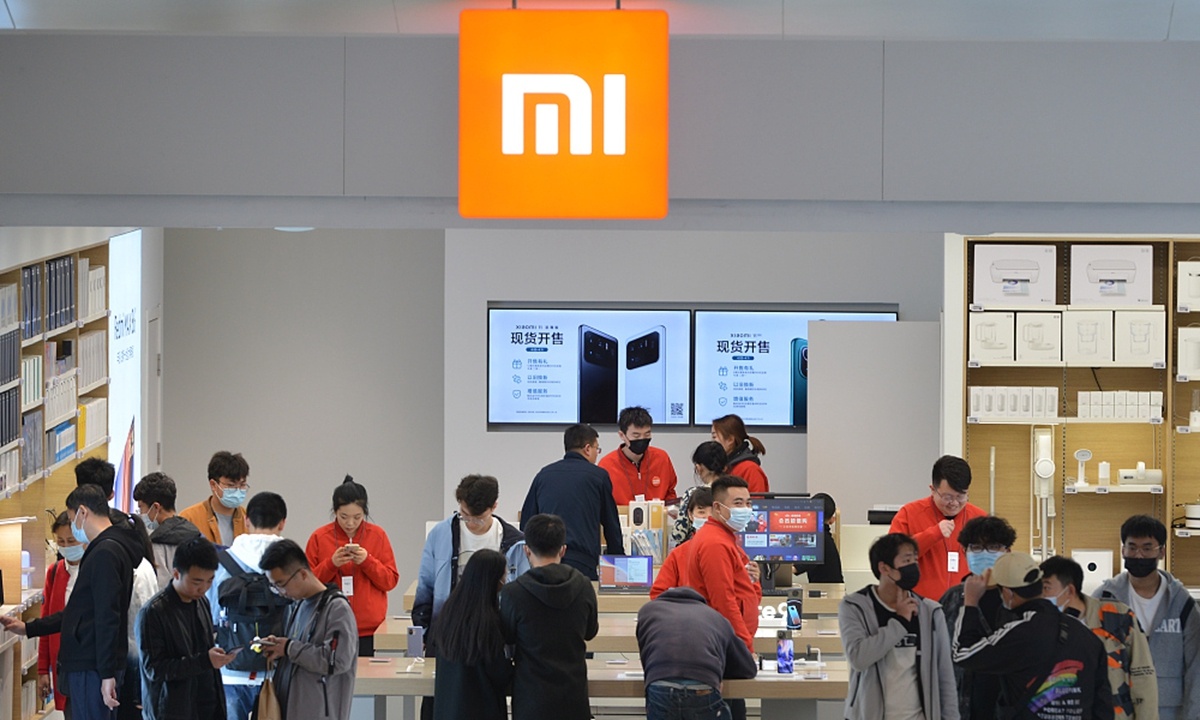 Chinese smartphone maker Xiaomi's market share in Europe has surpassed Apple in the first quarter, ranking the second in the smartphone market, according to Zeng Xuezhong, vice president of Xiaomi.

According to Zeng's post on Weibo on Thursday, it is the first time that Xiaomi's market share has ranked the second in Europe. The brand's shipments in western Europe soared in the first quarter, ranking the third in market share, while in Spain, Xiaomi has been the biggest smartphone brand for five consecutive quarters.

The increase of Xiaomi's shipments in Europe is partly due to Huawei's shrinking smartphone business, which has taken a hit amid US' chip ban.

In the fourth quarter of 2020, Huawei's smartphone shipments plunged 42 percent in the European market, compared to the same period in 2019.

For the first quarter of 2021, Huawei's sales dropped by 16.5 percent to 152.2 billion yuan ($23.52 billion), mirroring a faltering smartphone business as the company is still struggling with the malicious US crackdown on its chip supply.

Other mobile businesses, including Chinese and US ones, have also been benefiting from the vacuum left by Huawei.

Apple's sales have also been booming. Its sales increased 54 percent from the same period last year, with double-digit growth in every product category listed in the report. Sales of iPhones were up by 65.5 percent and for Mac increased more than 70 percent.