Yemen government bans protests in Aden ahead of separatist deadline 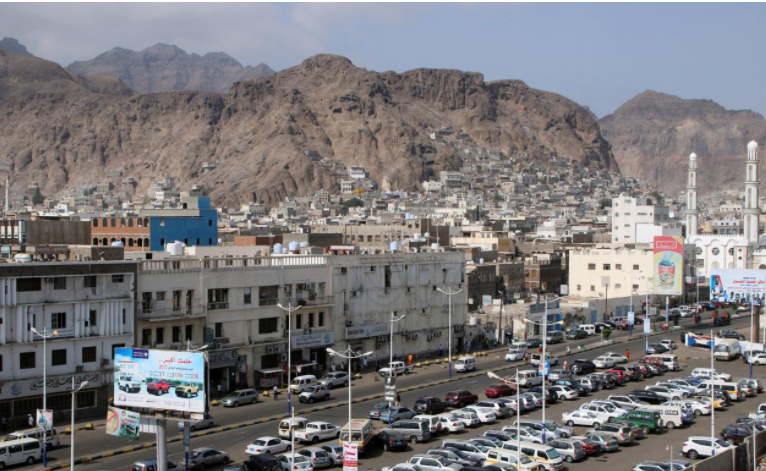 Yemen’s internationally-recognized government said on Saturday it had banned public gatherings in Aden ahead of a deadline given by southern separatists to President Abd-Rabbu Mansour Hadi to dismiss the cabinet.

Tensions have risen in the southern port city since the United Arab Emirates-allied Southern Transitional Council vowed to overthrow the government of Ahmed bin Daghr unless Hadi dismissed his cabinet within a week.

The Southern Transitional Council has accused bin Daghr’s government of starving Yemenis and pushing the impoverished country to the verge of famine.

The crisis could jeopardize a rare opportunity offered by the death of former President Ali Abdullah Saleh last month that had given a Saudi-led coalition the chance to isolate Iran-aligned Houthi fighters and end a devastating war that began in 2015.

In a statement carried by the state-run Saba news agency, the Yemeni Interior Ministry said it had ”decided to ban any gatherings, sit-ins or marches in the interim capital, Aden.

“These actions will be considered acts that target stability and calm,” the statement said, adding that all armed groups will also be banned from entering Aden.

Trying to head off any protests, Bin Daghr’s office said the prime minister met with senior commanders of the Saudi-led coalition in Aden.

“The meeting expressed its utter opposition to any call for chaos, violence or vandalism in the interim capital, Aden,” bin Daghr’s office said in a statement.

Residents said they had not seen any extra security in Aden, where armed forces loyal to Hadi’s government, the Southern Transitional Council and the Saudi-led coalition are all present.

But witnesses said government forces were deployed on roads leading to the presidential palace in Aden’s al-Maasheeq district, where the government is based.

Witnesses also said that thousands of people had arrived in Aden from across the former South Yemen, which merged with North Yemen in 1990, to participate in a gathering expected to be held on Sunday.

Yemen has been torn by armed conflict since the Houthis captured the capital Sanaa in 2014 before they marched south towards Aden the following year in a military campaign that culminated in Hadi fleeing into exile.

The Saudi-led coalition that entered the war after Hadi sought refuge in Saudi Arabia in March 2015 has helped local fighters free Aden from Houthi control and made other military gains in different parts of the country. But the Houthis continue to control most of northern Yemen, including Sanaa.

The Southern Transitional Council was formed last year to push for a split between the former South Yemen and North Yemen.

Southern forces have previously clashed with Hadi supporters, including members of the Islamist Islah party, over control of strategic areas, such as Aden airport and oil facilities.