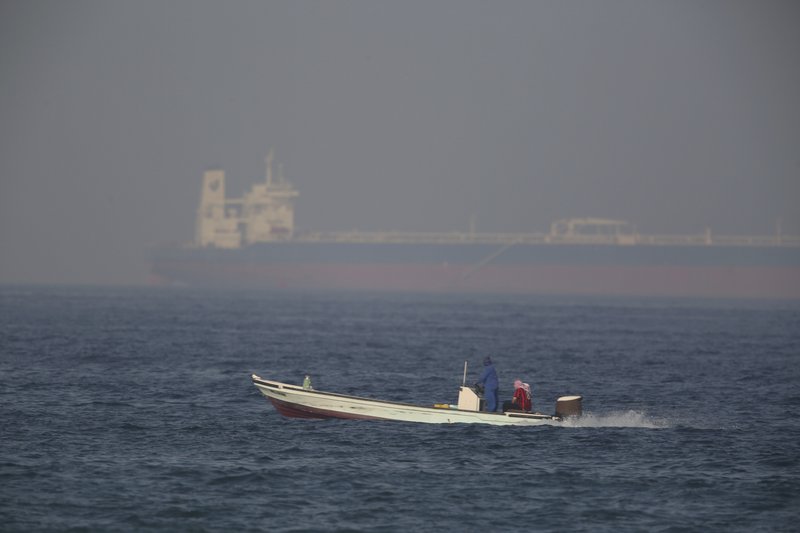 A fishing boat speeds past an oil tanker in the distance in Fujairah, United Arab Emirates, Saturday, June 15, 2019. (Photo:AP)

Both drone attacks targeted "aircraft hangars" in Abha and Jizan airports, according to the rebels' al-Masirah television, which cited a statement from the group's military spokesman Yahya Sarea.

Saudi Arabia has made no comment yet on the attacks.

The rebels have recently stepped up missile and drone attacks on Saudi regional airports.

According to Saudi state news agency, a Houthi drone attack on Abha airport last week killed a Syrian expatriate and wounded eight others, while another Houthi missile attack two weeks ago on the same airport injured 26 civilians.

Saudi Arabia has been leading a coalition to fight in Yemen for more than four years in support of the exiled Yemeni government against the Iran-allied Houthis. Enditem