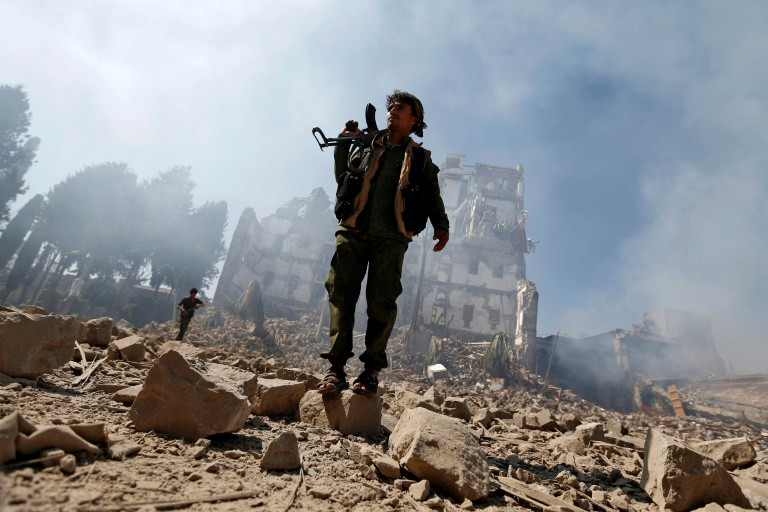 Huthi rebel fighters inspect the damage after a reported air strike carried out by the Saudi-led coalition in the Yemeni capital Sanaa on December 5, 2017. Photo: AFP

Thousands of Huthi supporters rallied in Sanaa on Tuesday as the rebels cemented their grip on the Yemeni capital after killing their former ally ex-president Ali Abdullah Saleh.

Following Saleh's death at the hands of Huthi fighters on Monday, fears had mounted of an uptick in the violence that has devastated the Arab world's poorest country over the past few years.

A night of heavy air strikes followed in Sanaa as well as skirmishes between the Huthis and Saleh's supporters in southern districts that had been loyal to the slain strongman.

But there was no repetition of the fierce fighting that had rocked the capital for the five previous nights.

A least 234 people have been killed and 400 wounded in those clashes, the International Committee of the Red Cross said on Tuesday.

New checkpoints manned by rebels sprung up across Sanaa as their leaders hailed their control of the capital, rallying supporters and pledging that backers of Saleh were safe.

Huthi supporters massed in their thousands near the capital's international airport, shouting "Sanaa is free and the state still stands!" and "Yemenis are one!".

Senior Huthi official Saleh al-Sammad had announced "the end of security operations and the stabilisation of the situation" on Monday, saying he had ordered the security forces to "take steps against the saboteurs and all those who collaborated with them".

The rebels rallied their supporters in the capital Tuesday, pledging that backers of Saleh were safe despite his death.

Sanaa was awash with unconfirmed rumours of widespread arrests of suspected Saleh supporters in the army and the rebel government.

The former strongman retained the loyalty of some of the best equipped units of the army after he was forced to step down as president in 2012.

Saleh, who ruled Yemen for three decades, had joined forces with the Huthis in 2014 when they took control of large parts of the country, including the capital. 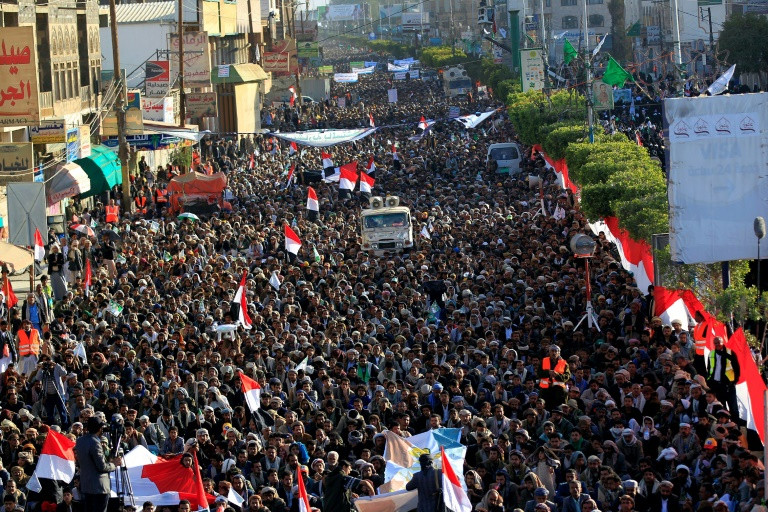 But that alliance unravelled over the past week as the former leader reached out to the Saudi-led coalition that has waged an air campaign against the Huthis since March 2015.

The Saudi-led coalition stepped up its bombardment of the capital overnight, carrying out at least seven strikes on the rebel-held presidential palace, witnesses said. 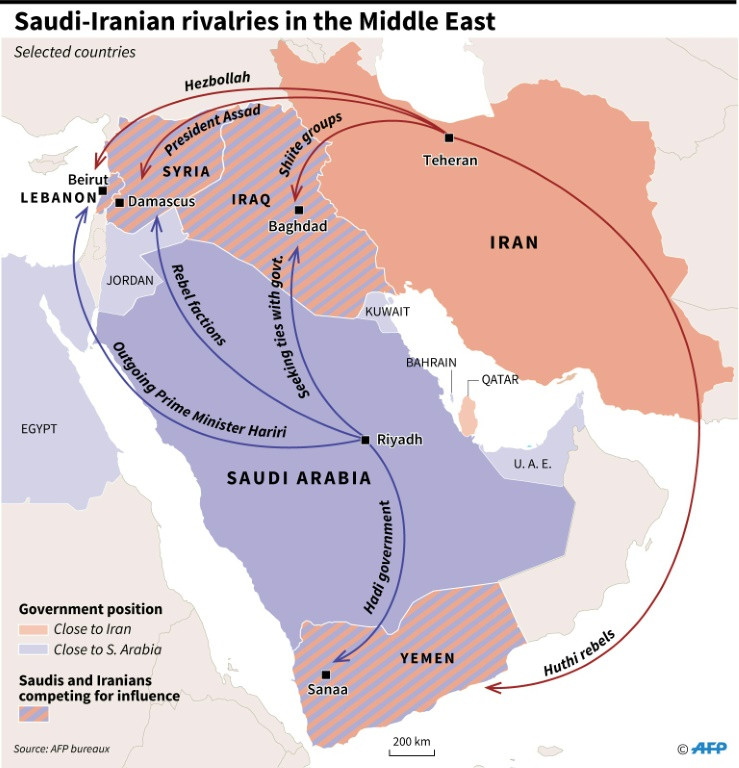 There was no immediate word of any casualties.

Yemen's war has left thousands dead, led to one of the world's worst humanitarian crises and deepened tensions between Middle East rivals Saudi Arabia and Iran, who both took a firm stand on the Yemen conflict on Tuesday. Saudi Arabia called for a Yemen free of "militias supported by Iran" in its first official statement since the Saleh killing.

Iranian President Hassan Rouhani meanwhile warned that those attacking Yemen would regret it.

"The people of Yemen will make their aggressors regret their actions," he said in a televised speech.

The commander of Iran's elite Revolutionary Guards, Mohammad Ali Jafari, said Saleh was killed because he had been trying to overthrow the Huthis.

"The traitor Saudis are seeking to create insecurity in the region under orders from the United States and working alongside Israel... We witnessed their attempt to launch a coup against (the Huthis), which was strangled at birth," Jafari said.

Arab League chief Ahmed Abul Gheit condemned Saleh's killing, saying that the "way it was done reveals to everyone the criminal nature" of the Huthis.

The United Nations called for a "humanitarian pause" in the air strikes and fighting as it seeks to deliver aid to people trapped in Sanaa.

"Our ability to get to people over the last five days has been impeded because of the air strikes, because of the fighting, and our life-saving support activities were blocked," UN humanitarian coordinator Jamie McGoldrick told reporters in Geneva by phone from the Yemeni capital. 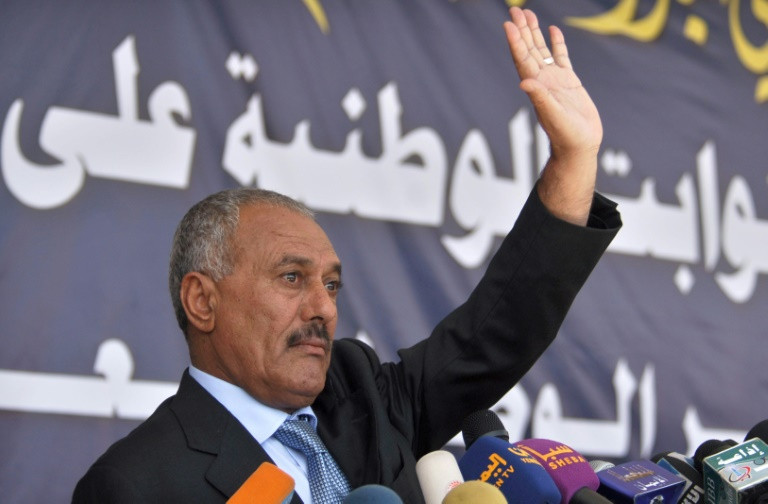 Saleh, who ruled with an iron fist for three decades, had joined forces with the Shiite Huthi rebels in 2014. Photo: AFP

Saleh was forced to step down in 2012, after his forces waged a bloody crackdown on peaceful Arab Spring-inspired protests calling for his ouster.

The 75-year-old had survived civil war, rebellion in the north, an Al-Qaeda insurgency in the south and a June 2011 bomb attack on his palace that wounded him badly.

The Huthis announced his death on television, and a video provided to AFP by the rebels showed what appeared to be a dead Saleh with a severe head injury, his body wrapped in a floral-print blanket.

A military source said the Huthis had stopped a four-car convoy in which Saleh had been travelling about 40 kilometres (25 miles) south of Sanaa and shot him and two other officials.

The body of Saleh is said to still be in Huthi possession, leaving the question of whether there will be a funeral for one of the region's most powerful politicians hanging.