UNITED NATIONS, Feb. 5 (Xinhua) - Negotiations for the exchange of prisoners in the Yemen civil war began in Jordanian capital of Amman on Tuesday and talks on demilitarizing in and around the key Red Sea port city of Hodeidah are progressing, a UN spokesman said. 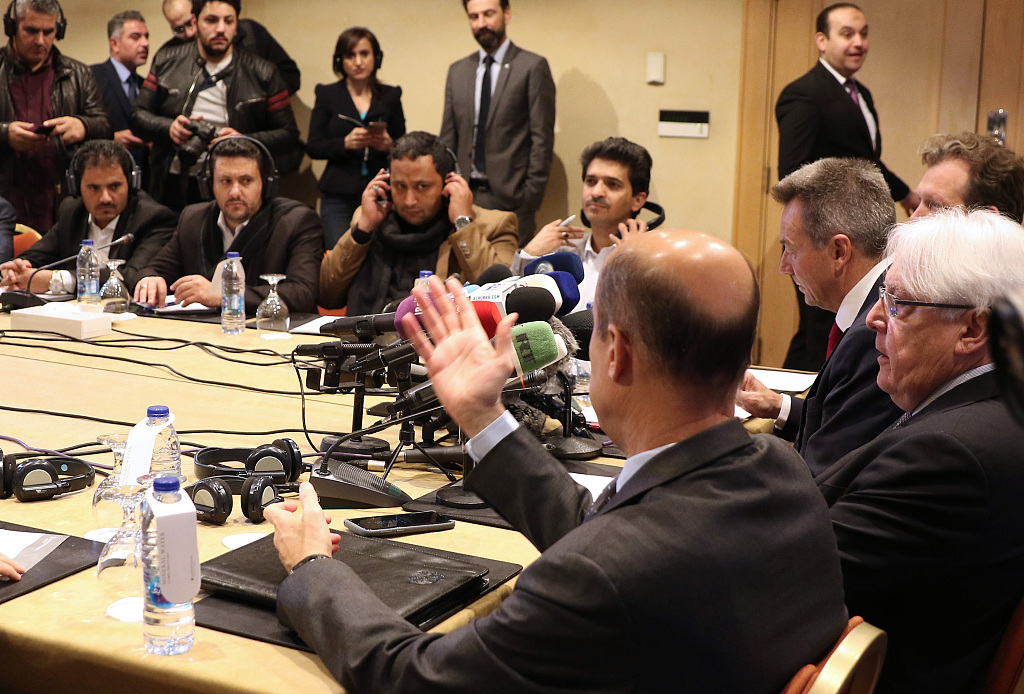 Also, retired Dutch Major General Patrick Cammaert, temporary chairman of the Hodeidah talks that are being held on a ship berthed in the port was replaced Tuesday evening by Michael Lollesgaard of Denmark, said the spokesman for UN Secretary-General Antonio Guterres, Stephane Dujarric.

"The meeting of the Supervisory Committee on the implementation of the prisoner exchange agreement for Yemen began in Amman, Dujarric said. "Martin Griffiths, the special envoy for Yemen, said at the outset that this is an important meeting, as it will lay the basis for the next step, which will be to see the release of prisoners."

"He made clear that the prisoner exchange is an important issue, as it touches the lives of thousands of Yemeni families waiting to be reunited with their loved ones," the spokesman said.

Also, implementation of the agreement will "help confidence-building measures among the parties on other issues," he said.

On the Hodeidah talks, Dujarric said Lollesgaard assumed his duties Tuesday evening from the temporary chair, Cammaert, as the chair of the Redeployment Coordination Committee (RCC) and head of United Nations Mission to support the Hodeidah Agreement, the spokesman said.

Houthi and government of Yemen representatives on the RCC have been aboard a UN vessel that is berthed in Hodeidah, he said.

"The parties have engaged in long and intense discussions both (Monday and Tuesday) in order to find mutually acceptable solutions and associated timelines for the implementation of the Hodeidah provisions of the Stockholm Agreement," Dujarric said.

The Stockholm Agreement calls for the prisoner exchange, a demilitarized zone at Hodeidah, a committee to discuss the contested city of Taiz and a resumption of the commitment for the Houthis and the government to reconvene their talks.

Cammaert, who was chairing the meetings until Tuesday evening, commended both parties for "demonstrating goodwill and engaging constructively together to overcome trust issues and to find viable solutions that would eventually demilitarize the ports and the city of Hodeidah and facilitate life-saving humanitarian operations," the spokesman said.

The parties also are "grappling with the complexities of disengaging forces in close proximity of each other and the gradual deployment of heavy weapons, armor, and infantry," the spokesman said. "The parties are fully aware of the international spotlight on their efforts to implement the Hodeidah Agreement and its implications in the broader peace process for Yemen."