The rebel alliance controlling Yemen's capital appeared to crumble Saturday as a strongman opposed to the internationally recognised government reached out to the Saudi-led coalition fighting the insurgents.

The rift within rebel ranks erupted into violence in Sanaa this week, raising fears of a new front in a three-year war that has claimed thousands of lives and triggered a major humanitarian crisis in Yemen.

Former president Ali Abdullah Saleh, who joined forces with the Iran-backed Huthi rebels in 2014 to seize the capital, said Saturday he was ready to talk to the Saudi-led coalition if it lifts a crippling blockade on Yemen.

His sudden about-face sparked warnings of retribution by the Huthis, whose supporters have clashed with Saleh loyalists this week in Sanaa, leaving dozens dead or wounded.

The armed groups fought for control over key positions in the city on Saturday, including ministries and the international airport, according to security sources and witnesses.

Sanaa international airport is under the coalition blockade imposed last month on all Yemeni borders after a missile fired by the Huthis was intercepted near Riyadh.

Streets across Sanaa were empty on Saturday night as Yemenis stayed home fearing a new round of clashes, with one resident describing the city as a "ghost town". 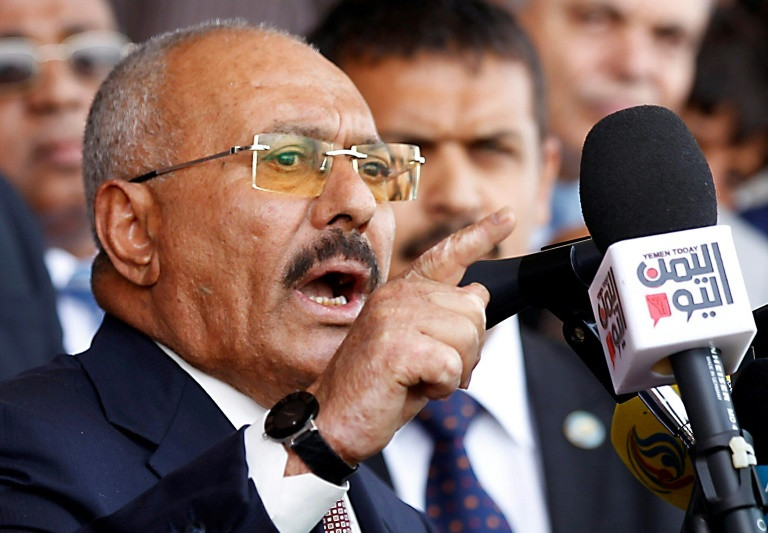 But the fragile rebel alliance has shown signs of unravelling for months.

Saleh's open overture to Saudi Arabia came a day after talks aimed at ending the rebel infighting failed to broker a truce.

"I call on our brothers in neighbouring countries... to stop their aggression and lift the blockade... and we will turn the page," Saleh said in a televised speech.

"We vow to our brothers and neighbours that, after a ceasefire is in place and the blockade is lifted ... we will hold dialogue directly through the legitimate authority represented by our parliament." 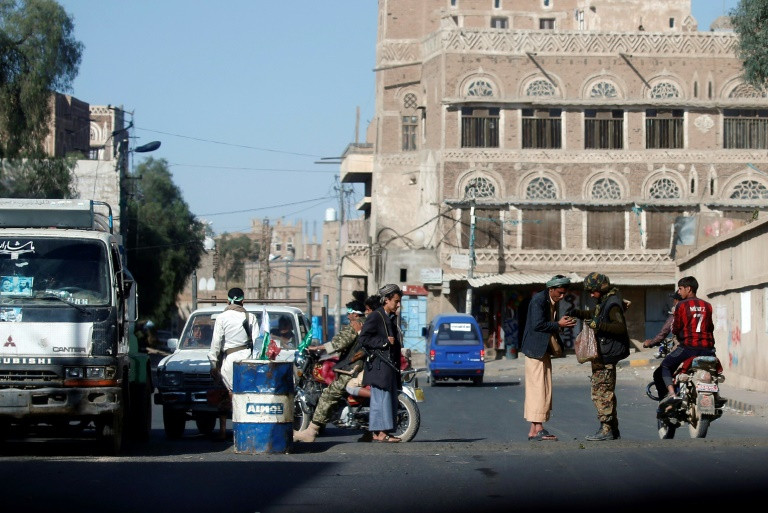 The Huthis quickly hit back, accusing Saleh of staging a "coup against our alliance" and "back-stabbing".

"It is neither strange nor surprising that Saleh would leave an alliance he never believed in," read a statement released by the Huthis' political office.

The statement warned that Saudi Arabia and its allies would "pay a heavy price in their own capitals".

The Yemen war has claimed more than 8,750 lives since Saudi Arabia and its allies joined the Hadi government's fight against the rebels in 2015, triggering what the United Nations has described as the world's worst humanitarian crisis.

The UN on Saturday implored the coalition to fully open up Red Sea ports to allow aid deliveries, warning that "more than eight million people could starve without urgent food assistance coming into Yemen".

The violence in Sanaa has left at least 40 fighters dead or wounded since Wednesday, according to the Huthis.

Other sources put the toll as high as 60, as fighting between Saleh loyalists and rebels continued into Saturday evening.

The Saudi-led coalition on Saturday welcomed Saleh's offer of talks.

"The decision by (Saleh's) General People's Congress to take the lead and their choice to side with their people will free Yemen of ... militias loyal to Iran," the coalition said in a statement carried by the official Saudi Press Agency.

Saudi Arabia and the United States have accused Iran of supplying weapons to the Huthis, which Tehran strongly denies.

A minister in the UAE government, a key member of the military coalition, on Saturday praised what he called the "Sanaa uprising".

Anwar Gargash, state minister for foreign affairs, tweeted his support for "the Yemeni people's return to their Arab environment", referring to the coalition's accusation of the Huthi loyalty to Shiite Iran.

Saleh ruled Yemen as president for 33 years after the 1990 unification of north and south Yemen.

A longtime ally of Saudi Arabia, he waged six separate wars against the Huthis, Zaidi Shiites who hail from northern Yemen.

Saleh resigned under popular and political pressure in 2012, ceding power to his then-vice president Hadi.

In 2014, he announced he had joined forces with the Huthis, seizing the capital and setting up a parallel government in Sanaa.