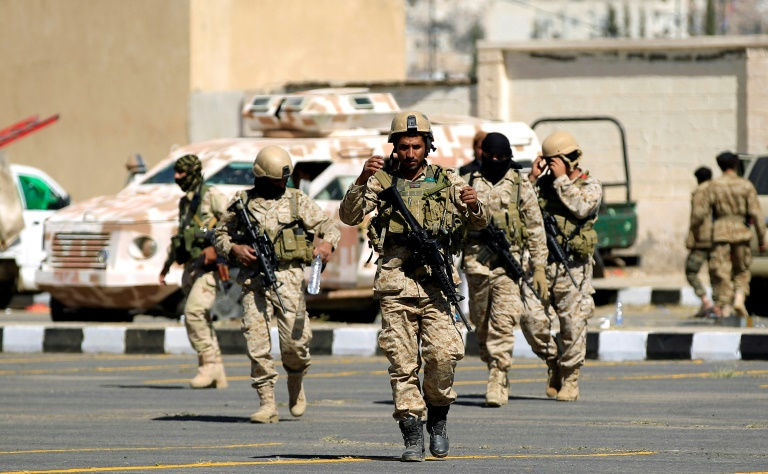 Shiite Huthi fighters walk outside in front of al-Saleh mosque in the Yemeni capital Sanaa on November 30, 2017       Photo: AFP

Yemen's Iran-backed Huthi rebels said Thursday they fired a ballistic missile at Saudi Arabia and hit a military target, in the second such attack this month, after threatening to retaliate over a crippling blockade.

"We confirm the success of our ballistic missile trial, which hit its military target inside Saudi Arabia," the Huthi-run Al-Masira television channel said.

A spokesman for the Saudi-led military coalition fighting the Huthis in Yemen did not immediately respond to a request for comment.

"Should the blockade continue, we know what (targets) would cause great pain and how to reach them," he said in a speech broadcast on Al-Masira television.

Yemen's war has claimed more than 8,600 lives since the Saudi-led coalition joined the government's war against the Huthi rebel alliance.

The country, long the poorest in the region, now faces the threat of famine as it struggles to get food and medicine through its ports.

Saudi Arabia and its allies tightened the longstanding blockade on Yemen's ports and the main international airport in Sanaa in the wake of the November 4 missile attack.