WORLD Yemen's Mukalla fights to resurrect itself after Al-Qaeda defeat

Yemen's Mukalla fights to resurrect itself after Al-Qaeda defeat 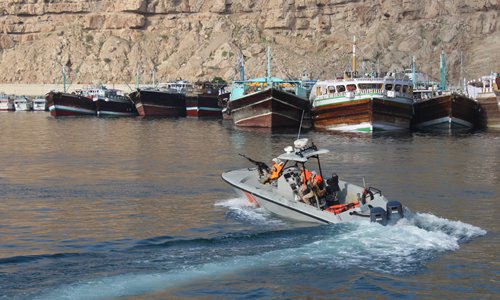 In azure waters off Yemen, newly-minted coastguards stormed a fishing boat in a mock exercise as part of a war-scarred city's struggle to resurrect state institutions two years after Al-Qaeda's ouster.
In a nation torn by conflict, the former jihadist bastion of Mukalla stands out as an oasis of stability, offering what many call a blueprint for post-war Yemen.
In a ceremony last week on a beach littered with rusted Soviet-era tanks, dozens of Yemeni officers took charge of securing the 350-kilometer coast of southern Hadramawt province, infested with drug and weapons smugglers.
The handover in Mukalla included management of local ports, with a Saudi-led military coalition giving maritime equipment and surveillance boats to the new coastguard trained by Saudi, Emirati and American officials.
"The real answer to the humanitarian crisis (in Yemen) lies in bringing about an end to the conflict in a way that will restore the institutions of the state," said Matthew Tueller, the US Ambassador to Yemen.
"We cannot afford to see Yemen continue in this failed state status," he added at the ceremony also attended by Saudi envoy Mohammed al-Jaber.
Al-Qaeda in the Arabian Peninsula (AQAP), seen by the United States as the militant network's most dangerous franchise, was expelled from Mukalla in April 2016.
It was a rare success for coalition-backed Yemeni forces locked in a bloody stalemate with Iran-aligned Huthi rebels.
Militants who stoned women adulterers and enforced an austere vision of Islam no longer roam Mukalla's corniche and its squares no longer serve as venues for public executions.
But officials concede that the conditions that facilitated the militants' takeover of the poverty-stricken city of nearly 500,000 - mainly a lack of services and governance - still prevail.
Good security, bad services
Alongside fishermen in colorful sarongs, Mukalla's streets host beggars scavenging through overflowing dumpsters while raw sewage flows in open drains.
Neighborhoods bear the scars of war, including bombed out houses. Joblessness is rampant, and despite Hadramawt being oil-rich, Mukalla is crippled by frequent power outages and fuel shortages.
"In Mukalla, the security is good, services are bad," said resident and former transport minister Badr Basalmah.
AQAP sleeper cells still lurk in the city, but Hadramawt governor Faraj al-Bahsani says they do not pose a major threat.
"There is peace in Mukalla but it's fragile," said Elisabeth Kendall, a Yemen scholar at Oxford University.
"Militant groups are no longer strong and have mainly gone to ground, but that does not mean they won't resurge as they attract disillusioned youths who lack opportunities."
Lasting stability depends on reconstruction and development, but Yemen is reeling from an economic meltdown led by a collapsing Yemeni currency, leaving many out of work and unable to afford even basic food staples.
"With low salaries and high inflation, people are focusing on survival," said Basalmah.
The local government is struggling to pay wages and banking heavily on the UAE and Saudi Arabia for financial support.
The regional airport remains closed to commercial traffic, further stifling business.
Arms control
AQAP militants - the target of a long-running US drone war - swept into Mukalla virtually unopposed in 2015 while the Saudi-led coalition was focused on targeting the Huthi rebels.
The militants were feared, but some residents said they sought to offer basic services such as clean water, electricity and fuel, while repairing sewer lines and paying regular salaries on time - seen as an anomaly in Yemen.
The jihadists retreated to the province's mountainous interiors just as swiftly as they took over the city after looting up to 270 billion riyal ($100 million) from Mukalla's banks, according to Yemeni officials.
Governor Bahsani said authorities recovered a tranche of AQAP documents after they left, which revealed intelligence such as blueprints of their military strategy, their sources of revenue and details of storage sites for armaments.
He said the documents had been handed over to Emirati authorities who backed the main Yemeni offensive to retake the city.
"Al-Qaeda's grip on this place was benefiting Huthis," said General Abdullah Abu Hatem, from the Yemeni border guard forces.
Though two separate groups, they were mutually benefiting from Yemen's war economy. The porous Hadramawt coastline controlled by AQAP facilitated the smuggling of weapons which often ended up in Huthi areas, Hatem said.
After their ouster, Mukalla is experimenting with a prohibition on civilians bearing firearms - something unique in a country with a long tradition of carrying guns.
In a first for Yemen, those entering Mukalla are required to hand over their weapons at one of several checkpoints, some of which are controlled by women, Bahsani said, calling the initiative "very successful."