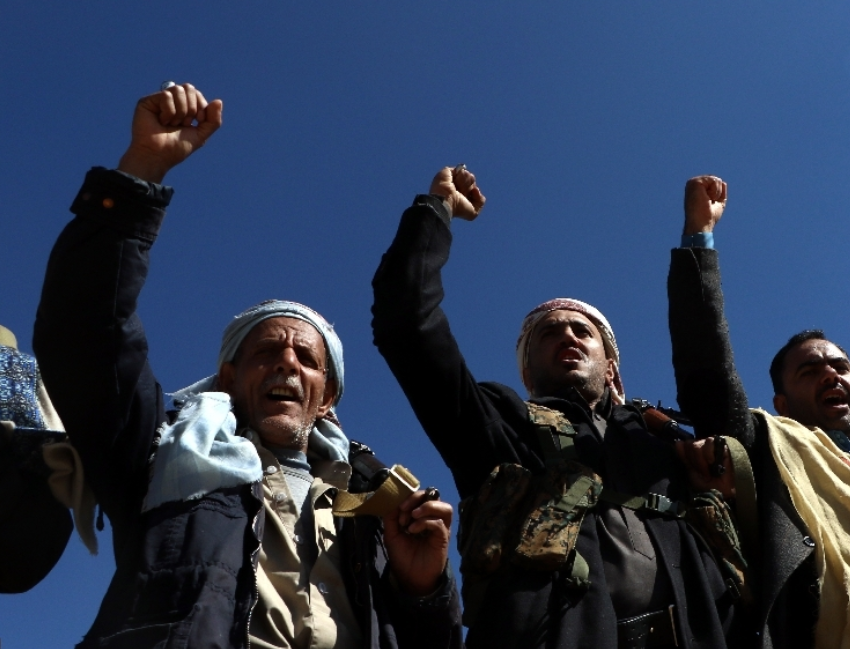 "Our forces stand ready to response to any major attack on Hodeidah," the rebels' military spokesman Yahya Sariee said in a statement.

"The intelligence-gathering information confirms the enemy is preparing for a military escalation in Hodeidah," Sariee said in the statement carried by Houthi-controlled Saba news agency.

"The legitimate targets of our forces extend to the capital cities of Saudi Arabia and the UAE," he said.

The Houthi rebels have launched dozens of missile attacks on Riyadh and drone strikes on Abu Dhabi since 2017 to revenge airstrikes.

However, most of the missiles were intercepted in the air by Saudi Arabia, while the UAE has denied any drone attacks on its ports.

Saudi Arabia and the UAE are leading a military coalition that intervened in Yemen in March 2015 to try to restore Yemeni President Abd-Rabbu Mansour Hadi and his government back to power after Houthi rebels forced him into exile and seized much of the country's north.

The four-year war has killed thousands of civilians, displaced over 3 million others and pushed the impoverished Arab country to the brink of mass starvation.

Rebel-held Hodeidah is the main gateway of Yemen's most food imports and humanitarian aid.

The coalition-backed Yemeni government troops have been massing on the southern edges of the port city since July last Year in preparation for launching a major assault to recapture the city.

The planned attack was halted under international pressures to pave the way for a peace deal brokered by the United Nations.

The deal reached in Stockholm last December has focused on Hodeidah as the first phase to rebuild trust between the warring parties.

The cease-fire deal went into force on Dec. 18, 2018, but withdrawal of the rival forces has yet to be fulfilled as fighting on the ground intensified.

Last week, the UN Special Envoy to Yemen Martin Griffiths informed the Security Council that he is still working with the parties to make the rival troops' withdrawal in Hodeidah a reality.