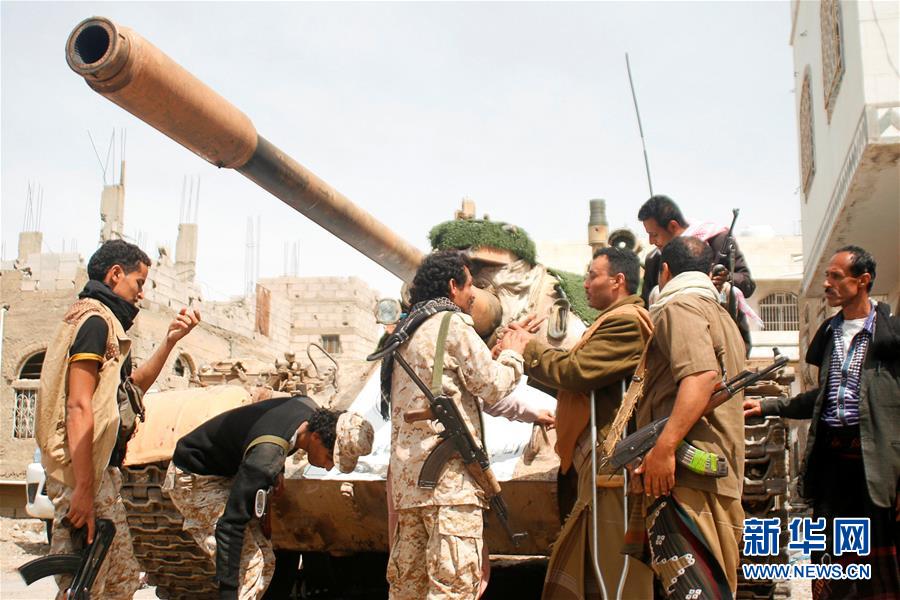 ADEN, Yemen, Sept. 18 (Xinhua) -- The Yemeni government forces backed by the Saudi-led coalition made a new progress in the ongoing battles against the Iranian-backed Houthi rebels in the Red Sea coast city of Hodeidah on Tuesday.

The government troops launched a fresh military operation in coordination with the United Arab Emirates (UAE) forces operating in Yemen, capturing key areas near the city's main port and university, a military official told Xinhua on condition of anonymity.

"The Giants Brigades forces continued in making ground advancement and plan to capture the strategic port of Hodeidah in the next days," the military source said.

After capturing the "Kilo16 road", the pro-government forces launched a new operation overnight and managed to seize areas close to Hodeidah University, he added.

More than 18 Houthi fighters were captured during the UAE-backed military operation that started Monday overnight, according to the source.

Last week, the Yemeni government troops backed by the UAE succeeded in cutting off the "Kilo16 road", the only supply route linking Houthi-controlled areas in northern provinces with the port city of Hodeidah.

In recent days, the Yemeni government seeks to expel the Houthi rebels out of the strategic port city of Hodeidah militarily despite warnings issued by international humanitarian agencies.

The impoverished Arab country has been locked into a civil war since the Shiite Houthi rebels overran much of the country militarily and seized all northern provinces, including capital Sanaa, in 2014.

Saudi Arabia leads an Arab military coalition that intervened in Yemen in 2015 to support the government of President Abd-Rabbu Mansour Hadi after Iran-backed Houthi rebels forced him into exile.

The United Nations has listed Yemen as the world's number one humanitarian crisis, with 7 million Yemenis on the brink of famine and cholera causing more than 2,000 deaths.