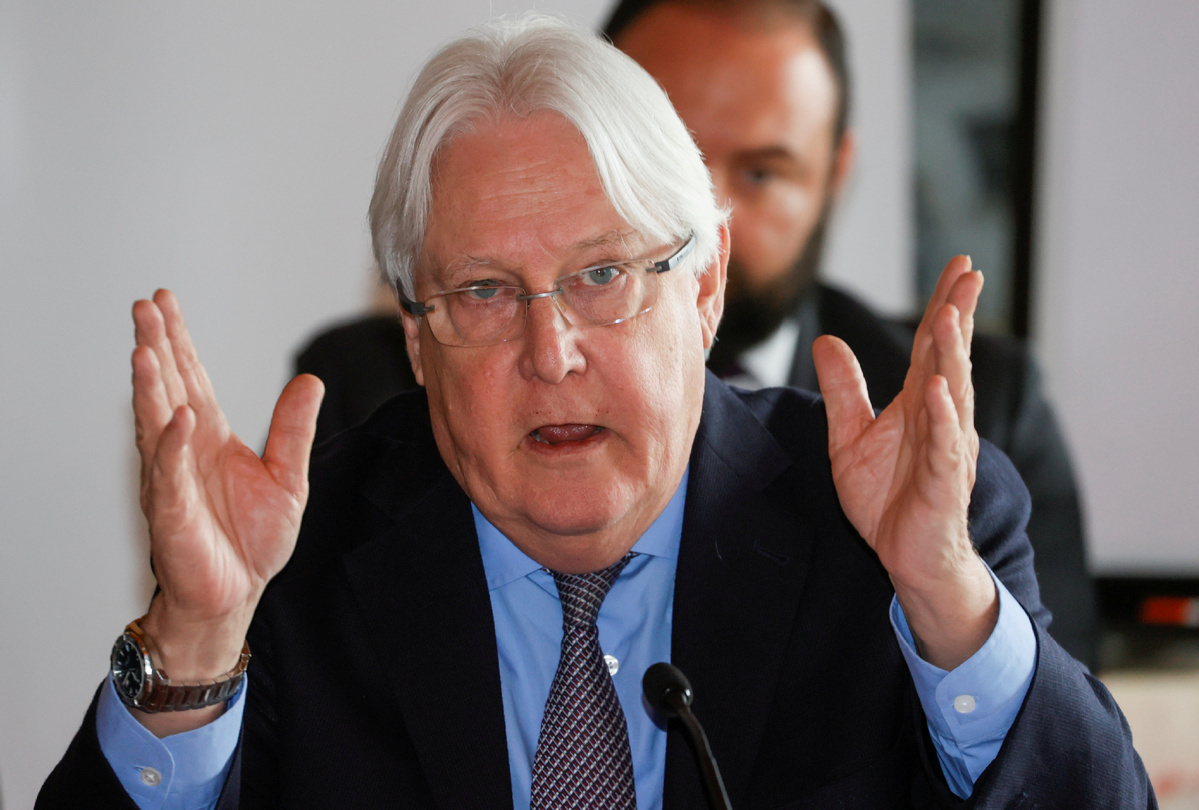 Martin Griffiths, United Nations Special Envoy for Yemen speaks as he attends the closing plenary of the fourth meeting of the Supervisory Committee on the Implementation of the Prisoners' Exchange Agreement in Yemen, in Glion, Switzerland, on Sept 27, 2020. (Photo: agencies)

The talks in the Jordanian capital Amman between representatives of the internationally recognized government and the Houthi rebels came less than a week after the United States designated the rebels as a terrorist group.

The UN's special envoy for Yemen, Martin Griffiths, urged the gathering in Amman to prioritize "the immediate and unconditional release of all sick, wounded, elderly and children detainees as well as all arbitrarily detained civilians, including women".

The talks in Amman are facilitated by the UN and the International Committee of the Red Cross, Griffiths' office said.

In October, the warring sides achieved the largest prisoner swap of the war, releasing more than 1,000 detainees.

That followed occasional releases of dozens of prisoners over the past two years, which also served as gestures of good faith, stoking hopes the factions would implement a peace deal struck in 2018 in Sweden.

Yemen has been mired in a civil war since late 2014, when the Iran-backed Houthi militia seized control of several northern provinces and forced the internationally-recognized government of President Abd-Rabbu Mansour Hadi out of Sanaa.

The Saudi-led Arab coalition intervened in the Yemeni conflict in 2015 to support Hadi's government.

"The airstrikes targeted the Houthi fighters in Sirwah district while they were on the back of three pick-up military vehicles on their way to a frontline in the district," a Houthi security source in Sirwah said on condition of anonymity.

The gas-producer province of Marib is under control of the Yemeni government, while the Houthi rebels have been trying to advance to some eastern and southern districts.

The meeting in Amman came after then-US president Donald Trump's administration declared the Houthis a "foreign terrorist organization", a designation that took effect on Jan 19, a day before Joe Biden was inaugurated as the new president.

The US move prompted the UN secretary-general and other humanitarian officials to urge Washington to reverse the designation to prevent a massive famine and deaths in Yemen.

Twenty-two aid groups working on Yemen on Sunday called for the designation of the Houthis as a terrorist organization to be "revoked immediately", warning about a "potentially catastrophic humanitarian impact".

Yemen is in one the world's worst humanitarian crises. The war has killed more than 112,000 people and wrecked the country's roads, hospitals, water and electricity networks, as well as other infrastructure.