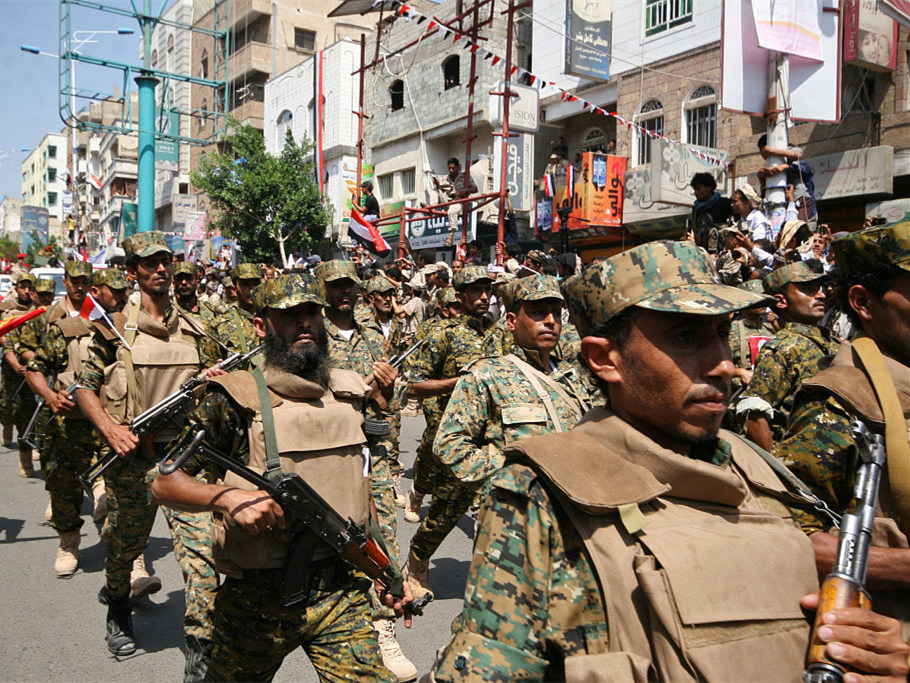 The government forces of the Giants Brigades captured new sites from the Houthi gunmen amid a wide-scale offensive to capture the strategic port city.

"The Engineering Faculty of Hodeidah along with other institutions was seized by the Giants Brigades," an army commander loyal to the Saudi-backed Yemeni government told Xinhua by phone.

Several areas surrounding the Kiko-16 highway were captured by the government forces following hours of intense fighting, the army commander said on condition of anonymity.

The ongoing fighting between the two warring rivals, along with daily Saudi-led airstrikes, left scores of casualties.

More than 50 Houthi rebels were killed during helicopter shelling and ground fighting within the past 24 hours, medical sources based in Hodeidah confirmed to Xinhua.

Landmines and Houthi mortar shells killed 20 soldiers during the ongoing offensive in Hodeidah, according to other sources of government-controlled medical centers.

Early in the day, the Houthi-affiliated Masirah television network reported that a ballistic missile fired by the their fighters targeted pro-government forces in Hodeidah, causing heavy casualties.

The Yemeni government is seeking to expel Houthi rebels out of Hodeidah in recent days despite warnings by international humanitarian agencies.

The United Nations has listed Yemen as the country with the world's biggest humanitarian crisis, with 7 million Yemenis on the brink of famine and cholera causing more than 2,000 deaths.