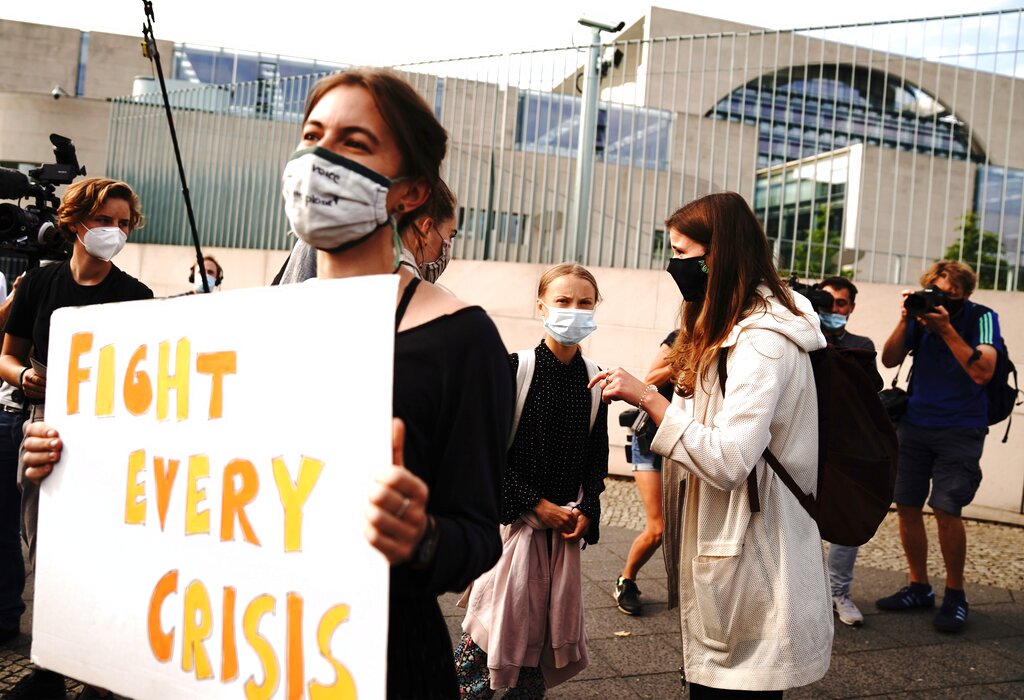 Thunberg, Luisa Neubauer from Germany and Belgians Anuna de Wever van der Heyden and Adélaïde Charlier arrived at the chancellery for a 90-minute meeting Thursday, the first high-profile talks the youth activists have held with a world leader since the start of the pandemic.

The coronavirus outbreak has prevented the Fridays for Future movement that Thunberg inspired from holding its mass rallies in recent months.

The activists argue that governments around the world are doing too little to curb emissions of greenhouse gases that are heating up the atmosphere. In a letter sent to world leaders last month, they called for numerous measures including ending financing for oil and gas projects, including all forms of man-made emissions in reduction targets and setting binding carbon budgets.

Germany currently holds the six-month rotating presidency of the European Union. Merkel has in the past lauded the youth activists for putting pressure on politicians to act against global warming.