WORLD Young Ghanaian much in favor of China: Interview with Dr. Winfred Nii Okai Hammond, Ambassador of Ghana to China

Young Ghanaian much in favor of China: Interview with Dr. Winfred Nii Okai Hammond, Ambassador of Ghana to China 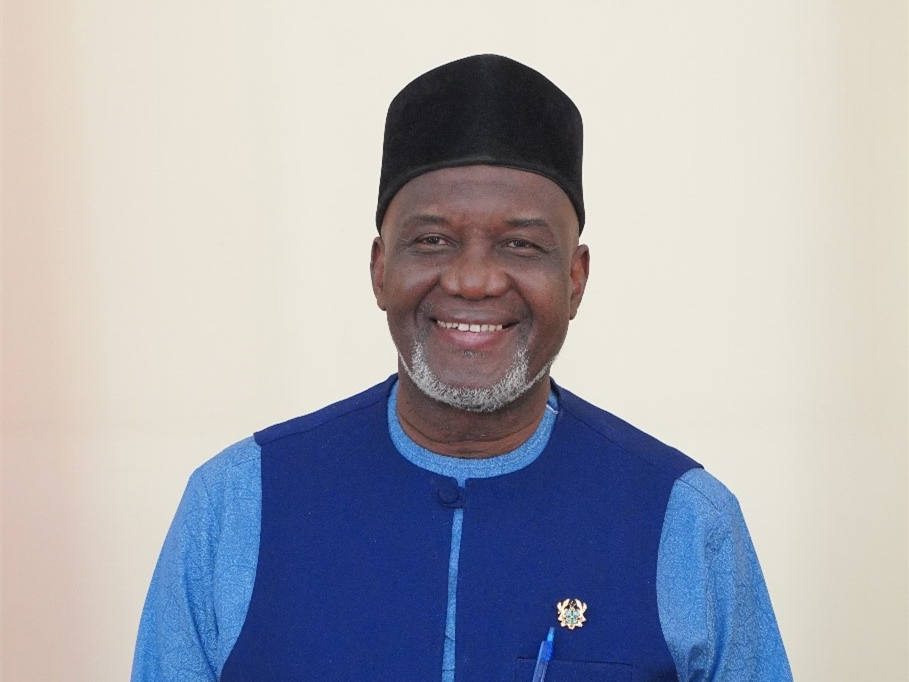 “I got to know China at a very young age. I remember it was 1964 when then Premier Zhou Enlai visited Ghana. At that time, many Ghanaian kids know how to pronounce the three words of 'Zhou Enlai.'" When receiving the special interview from Haiwainet the other day, Dr. Winfred Nii Okai Hammond, Ambassador of Ghana to China started with a clip of memory. “I know a lot about the beginning of the China-Ghana friendship and I’ve been following China’s development ever since.” Hammond commented, “I’ve always hoped that one day I could come to China to work. And now my wish has come true.” 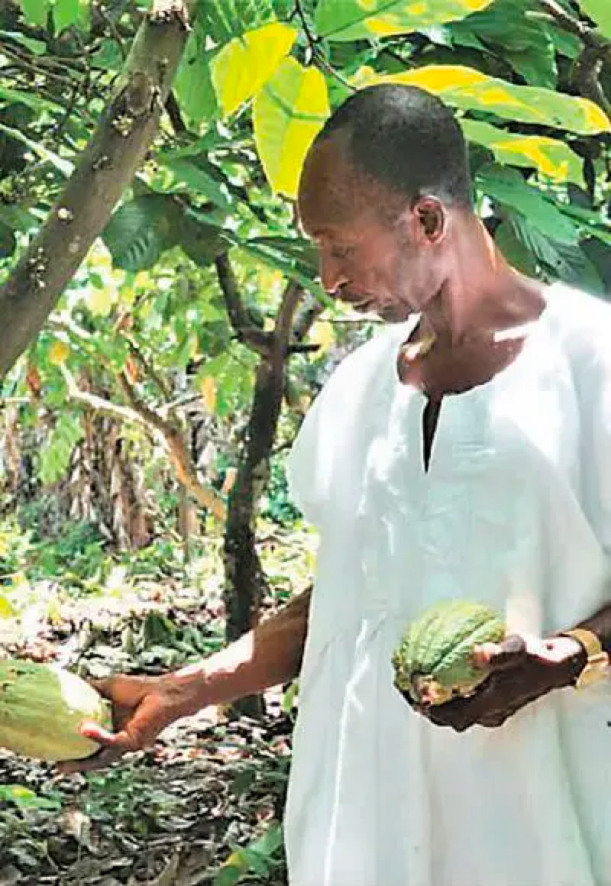 A peasant is checking the growth of cocoa on a cocoa plantation in Ghana’s Eastern Region. (Photo Xinhua News Agency)

“I had a photo together with Academician Yuan Longping”

In 2021, designated as the Ambassador of Ghana to China, Hammond exclaimed, “I am no longer an observer to China’s development”, rather, he finally saw his wish of “working in China” come true. “I’ve always been interested in China and I’ve read many books about China. To me, taking the position as the Ambassador of Ghana to China marks a new stage for me. I hope to leverage this opportunity and get to know more about China and the Chinese people.” Hammond said frankly.

When talking about his feelings upon arrival in Beijing, Hammond mentioned that: “The air is pretty fresh.” He commented that compared to 2013, the air quality in Beijing has significantly improved, thanks to China's unremitting efforts in pursuing sustainable development and using clean energy. "China pays attention to environmental development and makes the whole country cleaner."

From north China to south China, from enterprises to universities, ever since Hammond took office as the ambassador, his schedule has been tightly packed with travels across China. “Whenever I go to different areas, the local people would always present to me their local specialties with pride.” Hammond told us, “Everyone would friendly share with you the local culture and cuisine. Chinese people have great hospitality.”

Through people’s joyful faces, Hammond could strongly feel the seismic changes of the Chinese society. He believes that “If a country wants to develop, it should pay special attention to its rural areas. In China, I’ve seen that the rural people were not left behind in the country’s process of development.” According to him, the Communist Party of China (CPC) and the government not only have helped the rural people get engaged in farming and agriculture, but also have been dedicated to securing people’s livelihood through building the rural medical care and education system as well as promoting the environmental development in the rural area. “It is quite a feat that China could manage to help so many people out of poverty within such a short period of time. I believe the CPC will lead China to even greater achievements.” According to Hammond. 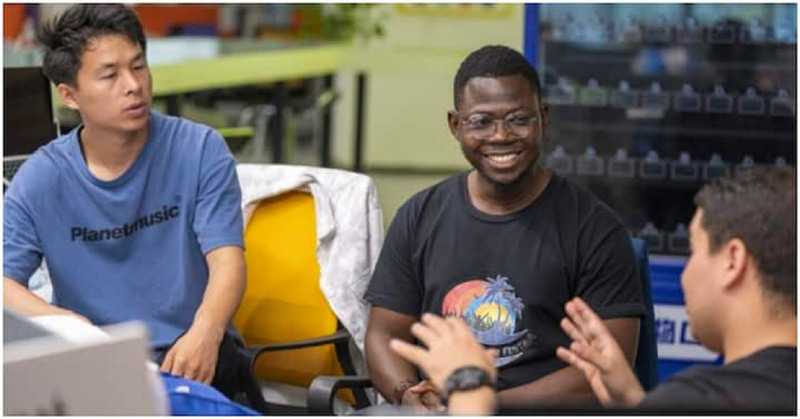 Kingsford who comes from Ghana founded Hainan Kingsford International Trading Company in Haikou and also opened a second office for the company in Ghana. The company is mainly engaged in import and export trade, focusing on products such as shea butter and African black soap. His company enjoys the duty-free policy of the Free Trade Port in Hainan, importing raw materials from Africa and other places, and processing them into products in Hainan for sale to the Chinese mainland and the rest of the world, free of import duties, import linked VAT and consumption tax. (Photo/ Yuan Chen)

I was recommended Chinese products while browsing the Internet

“In today’s world, no country is an island.” Hammond stated, “In the new historic period, we long to see China’s enhanced cooperation and exchanges with the world.” Hammond has confidence over the future between China and Africa. According to him, China has maintained good relations with many African countries and benefited the African people. “Ghana’s largest trading partner and investor is China. To our generation, in various fileds like road, railway and bridge construction as well as agriculture and industry, we see Chinese friends everywhere. Ghana longs to deepen cooperation with China.”

Friends all sent over greetings when they heard that Hammond was about to take office as the Ambassador of Ghana to China, “You seem to have many more friends all of a sudden!” He smiled.

Hammond believes that Africa is not only endowed with abundant natural resources, but also huge potential markets for development. It can achieve win-win results with Chinese investors. The Secretariat of the African Continental Free Trade Area is located in Ghana. Its member countries will integrate the resources of the African continent and enhance cooperation. Development of infrastructure should take the lead. Hammond says that in this regard, both the "the Belt and Road" initiative that emphasizes connectivity and the "China-Africa Cooperation Vision 2035" that clearly puts forward the trade promotion program have provided Africa with development opportunities.

Hammond pays special attention to development of E-commerce. According to him, the Ghanaian people have extensive needs for Chinese products. From construction materials, telecommunication gadgets to food, products manufactured by China have already become part of life for Ghanaians. “Before coming to China, I was recommended Chinese goods when browsing the Internet.” Hammond said, “China has indeed offered a diversified selection of products to Ghana and to Africa at large.” 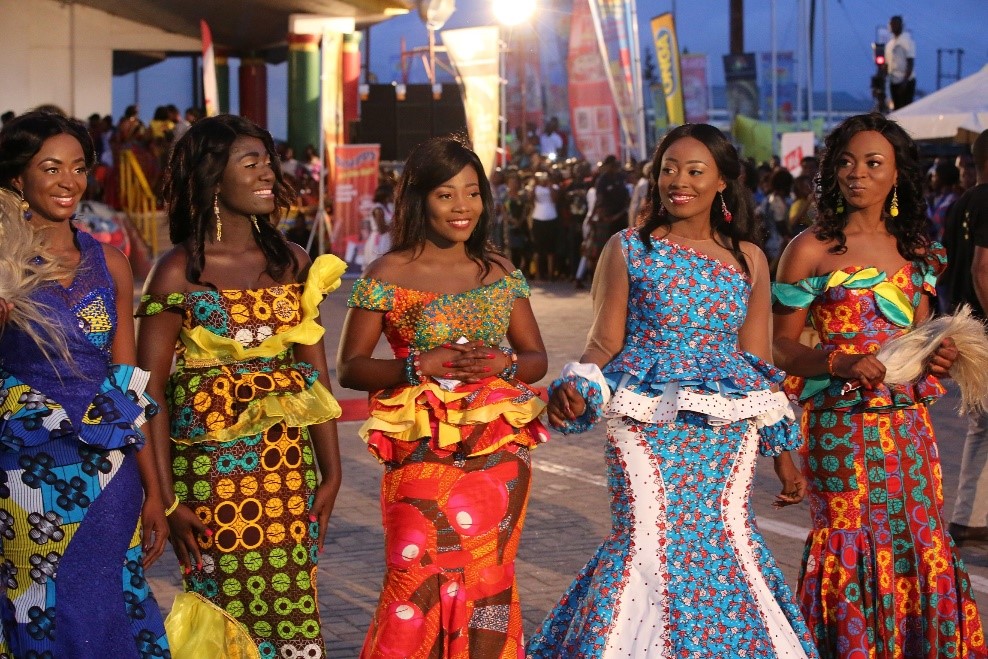 “Chinese language skills make a plus”

Hammond sincerely hopes that as the two countries continue to deepen the economic and trade relations, the people-to-people exchanges would also be more close. “Maintaining close economic and trade cooperation with China can further open up the door to China for the young Ghanaian.” In Hammond’s eyes, today’s China has worldwide influence. Learning the Chinese language, culture and technologies can not only bring personal development opportunities to individuals, but also facilitate one’s contribution to the country in terms of knowledge and strength.

Hammond said joyfully, ever since the establishment of the Confucius Institute in Ghana in 2013, many young Ghanaian people have developed strong interests in learning Chinese. Over the past nine years, more than 40,000 Ghanaian students have studied in the Confucius Institute. Chinese has opened up a window for them to get closer to the Chinese culture. Apart from language learning, students in the Ghana Confucius Institute also share with each other traditional Chinese knowledge in tea, traditional Chinese medicine, calligraphy, Chinese Kungfu (Chinese martial arts), etc., to constantly boost their senses of closeness to China. “We highly appreciate this opportunity to learn more about China. This is a valuable asset.” According to Hammond.

Hammond shared in smiles that in his casual time, he would spare time out to learn Chinese, but his speed of progress is far behind his own children. One of them is attending school in Beijing, where Chinese is a mandatory subject. The other child is determined to come to China for doctor’s degree. He is diligently learning Chinese back in Ghana. “We really envy those who speak fluent Chinese. We attach great importance to Chinese education.” Hammond believes that in today’s world, speaking Chinese would get one some extra points and make one more competitive at work. “The young Ghanaian people like China a lot, thanks to our contact and exchanges with China in the past decades. We long to continue to deepen bilateral exchanges and together stride toward a shared future.”