The melodic theme music from "Cinema Paradiso" soars over a completely still and silent Rome every sunset. 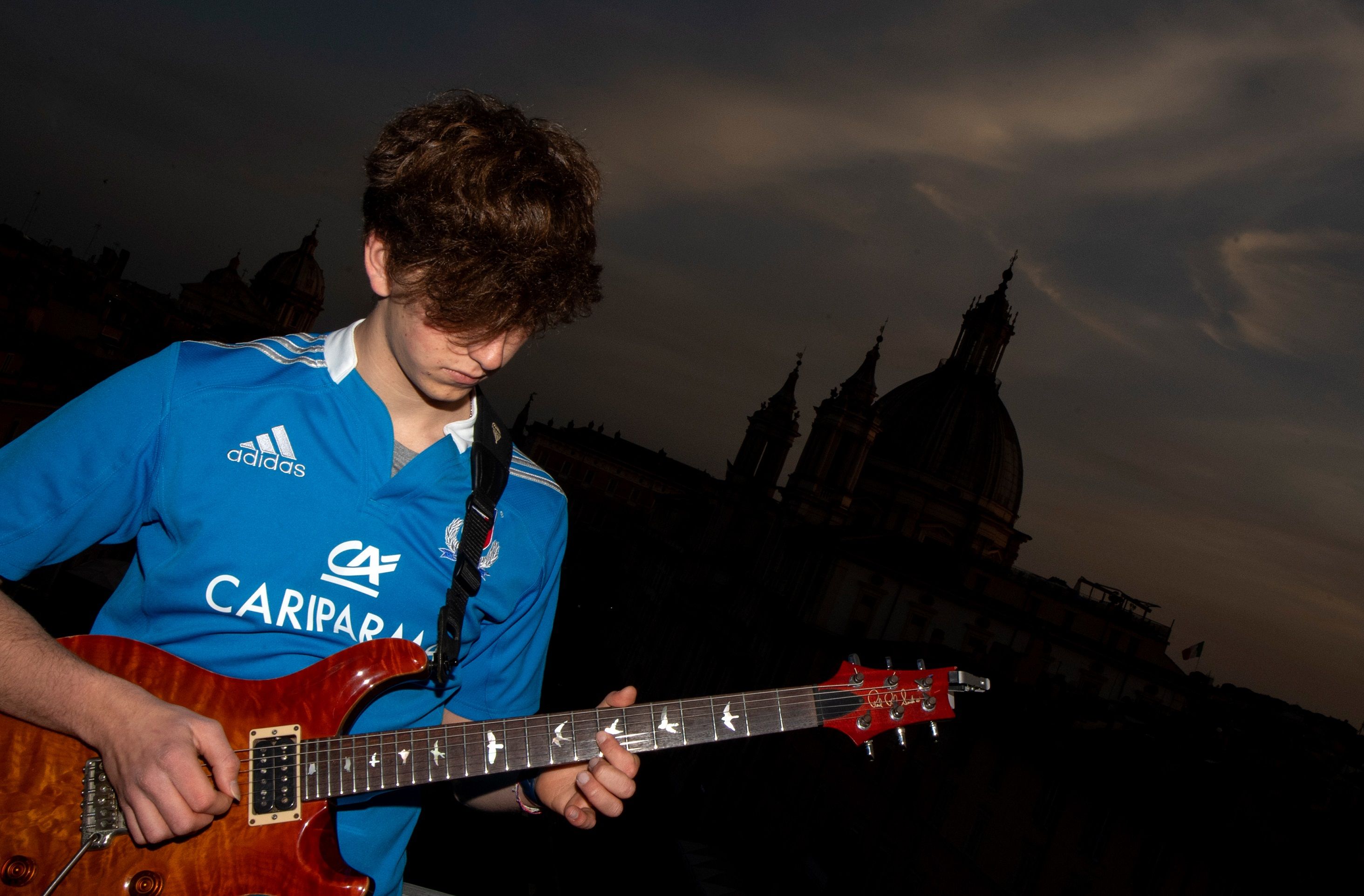 It provides an enchanting end to surreal days in lockdown living through a pandemic that has claimed over 22,000 lives in Italy and 145,000 worldwide.

The 18-year-old guitarist behind the performances has turned into a social media star for his impromptu covers of Ennio Morricone classics.

He plays from the terrace of his luxurious flat overlooking the fountains of Rome's now-empty Piazza Navona.

The Vatican's dome stands to the left of the setting sun and the sea gulls flutter overhead as he plays,

"We decided to lend a hand to Italians: a message of hope," Jacopo Mastrangelo tells AFP from his patio.

"We are accustomed to always seeing Rome full, teeming with people. Now the grass is growing between the cobblestones, everything has been left abandoned, and we decided to help."

Mastrangelo's father is a senior accountant and the teenager lives an admittedly privileged life in one of Rome's most exclusive neighbourhoods.

The Rome mayor heard about the teen and invited him to play a special Easter Sunday performance from the hilltop Piazza del Campidoglio that rises above the Forum.

"He moved us when he played from his terrace overlooking Piazza Navona," Raggi said in her introduction to his Easter concert.

"Today, from Rome, we want to pay homage to Romans, Italians and the whole world."

Mastrangelo said the mayor phoned him up one day and they agreed that he would perform three songs.

"I was nervous. Because it's one thing to play here with my father, like it's my hobby, and quite another when it's the mayor looking straight into my eyes," he recalls.

He says that he still worries about his high school exams this year -- but his sudden popularity does not hurt.

"Nothing is impossible now, with this popularity," he says.

"I did not expect it. Everything happened very quickly."