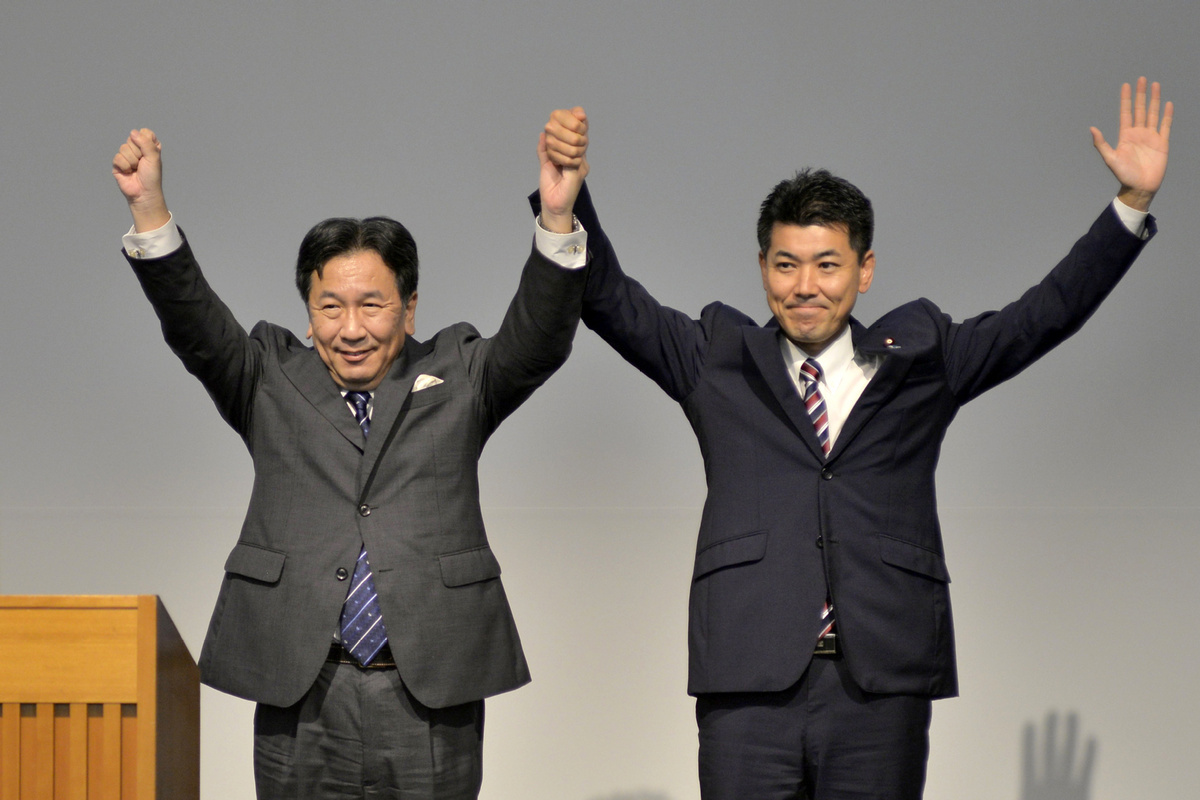 Yukio Edano (L), chief of the Constitutional Democratic Party, gestures with fellow contender Kenta Izumi, policy chief of the Democratic Party for the People, after winning the leadership race for the major opposition party in Tokyo, Japan September 10, 2020. [Photo/Agencies]

Edano, 56, leader of the Constitutional Democratic Party of Japan (CDPJ), beat the only other candidate in the leadership race, Kenta Izumi, 46, the policy chief of the second-largest opposition Democratic Party for the People (DPP).

The merger of the two parties, which is slated for Tuesday, along with a number of independent politicians joining, will see 149 lawmakers in the new party, which is pitching itself as a party that can mount a united front against the ruling Liberal Democratic Party-led coalition.

Edano's new party will see some high-profile lawmakers in its ranks, including Ichiro Ozawa, a highly-influential veteran lawmaker, as well as former prime ministers Naoto Kan and Yoshihiko Noda.

In light of speculation the lower house of parliament could be dissolved in as early as October for a snap election, Edano will have to swiftly try and garner as much public support as possible.

Edano became a familiar face among the public here as he served the country's top government spokesperson during the 2011 Fukushima nuclear crisis and regularly appeared on TV to give briefings on the crisis as it unfolded.