WORLD Zelensky meets with French FM on support for Ukraine

Zelensky meets with French FM on support for Ukraine 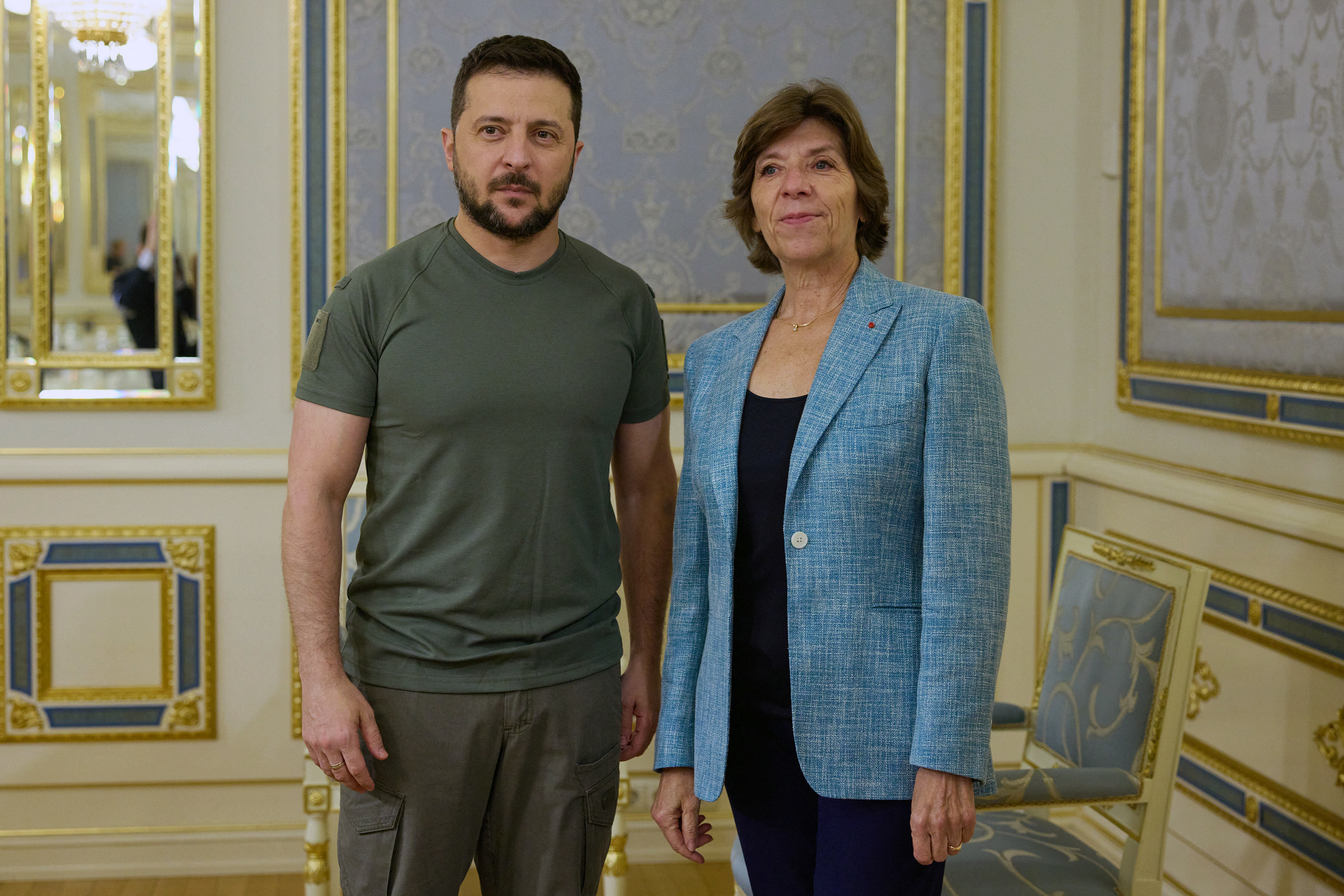 This handout photograph taken and released by the Ukrainian presidential press service on September 27, 2022, shows Ukrainian President Volodymyr Zelensky and French Foreign Minister Catherine Colonna posing for a photo prior to their meeting in Kiev. (Photo: AP)

At the meeting, Zelensky thanked France for its support on the issue of granting Ukraine a candidate status for EU membership and voiced his belief that Ukraine will move forward along the path toward European integration.

Zelensky also voiced appreciation to French President Emmanuel Macron for his assistance in talks on the visit of the International Atomic Energy Agency mission to the Zaporizhzhia nuclear power plant in southern Ukraine.

Colonna arrived in Kiev earlier in the day for her second visit since the start of the Russia-Ukraine conflict in February.